Chinese actress Dilraba Dilmurat (迪丽热巴) is known for her exotic, beautiful features and has millions of followers. Recently, a young passionate fan obsessed with Dilraba caused a scene when he attempted to propose to her in public. A video clip of his outrageous proposal went viral on the Internet, and even more hilarious is that his younger sister used the same methods to ask actor Xiao Zhan (肖战) to marry her. 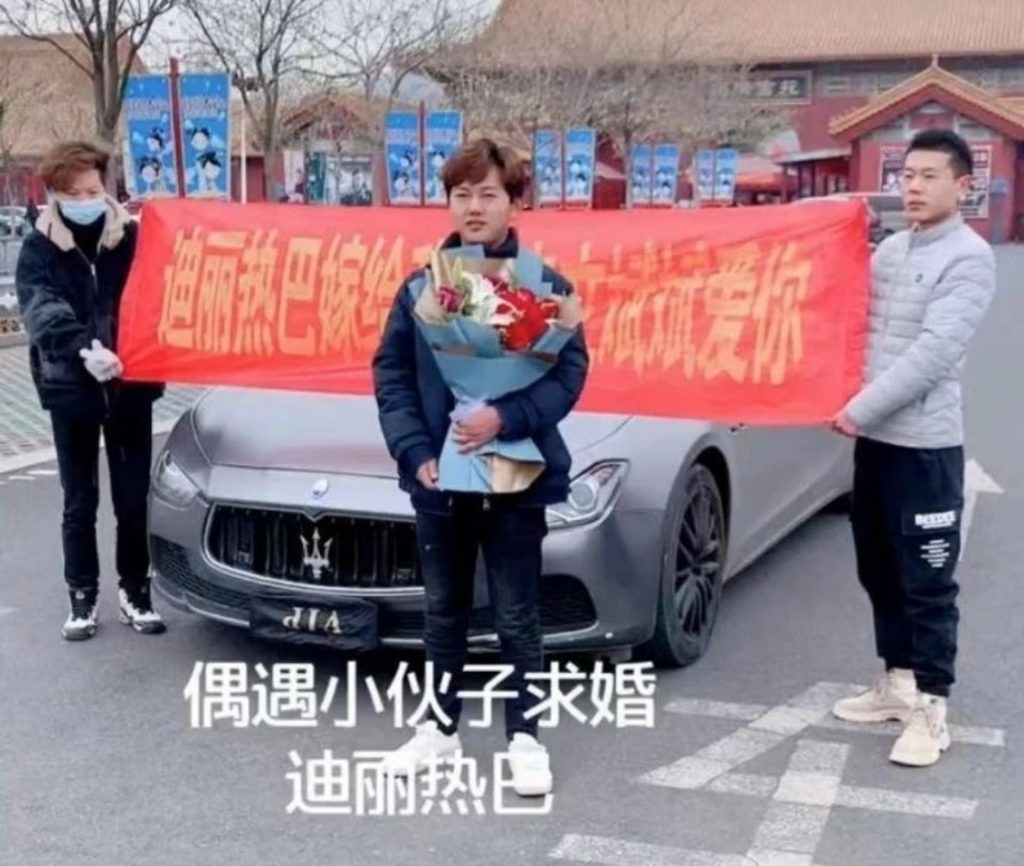 In the clip, Dilraba’s fan was seen holding a bouquet of red roses, while standing in front of a Maserati and declaring his love for the actress. His two friends stood behind him holding a red cloth banner which read, “Dilraba, please marry me. I love you.” The male fan also said, “Dilraba, I love you. I will gift you with a Lamborghini and a Ferrari.”

Afterwards they switched banners and the new one said, “I made a road trip to Xinjiang to propose to Dilraba.” His exaggerated actions drew the attention of many bystanders, and netizens suspect that he must be a rich second generation.

Netizens quickly unearthed this fan’s background, and he has been obsessed with Dilraba for at least two years. This was not his first attempt in proposing to Dilraba. In 2018, he followed Dilraba around for nine months and stood outside her filming area in Hengdian World Studios waiting for 10 days for the opportune time to propose. 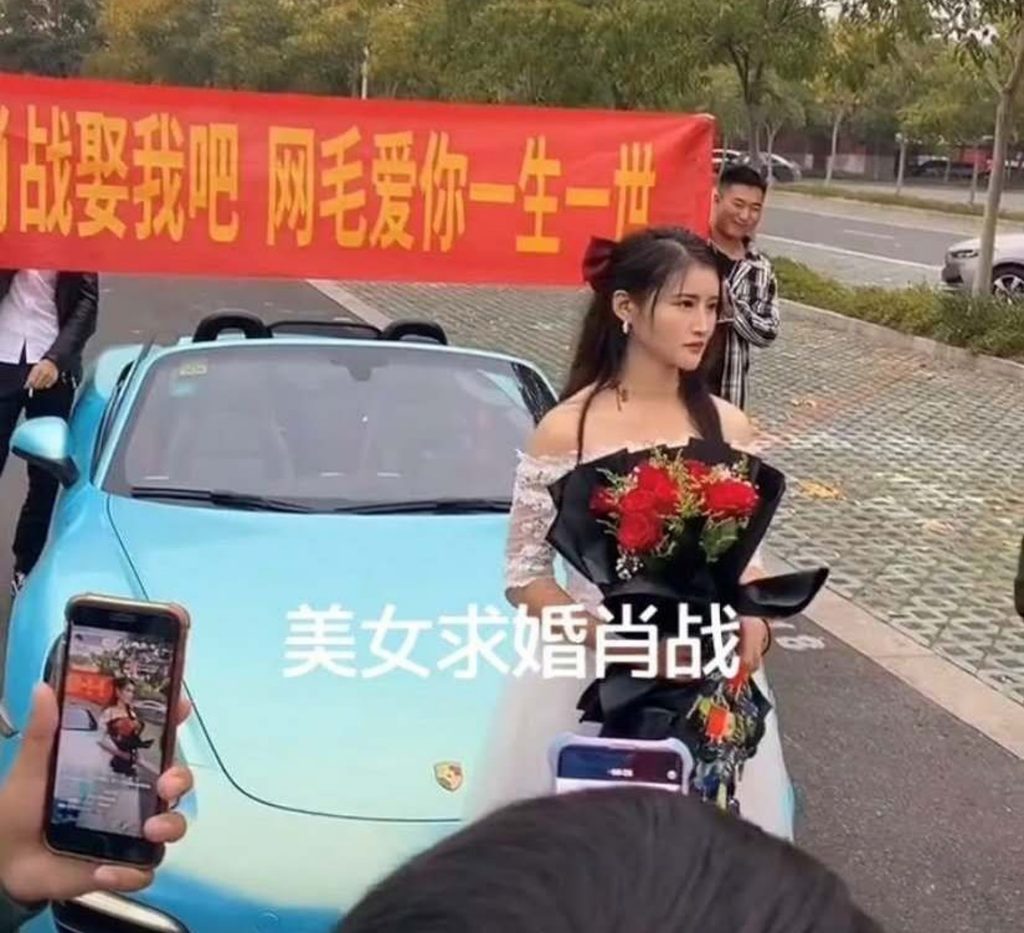 It was also discovered that his younger sister had copied the male fan’s proposal method. His sister is infatuated with Xiao Zhan and asked him to marry her in a public proposal. Wearing a wedding dress and carrying a bouquet of flowers, she stood in front of a Porsche with a similar red banner. She declared that she wanted to film a drama with Xiao Zhan, and was willing to ask her family to invest 500 million Chinese yuan to film The Untamed 2 <陈情令 2>.

Despite the bombastic proposals, many netizens question the siblings’ intentions and wonder if they are trying to gain attention for themselves by taking advantage of Dilraba and Xiao Zhan’s fame.