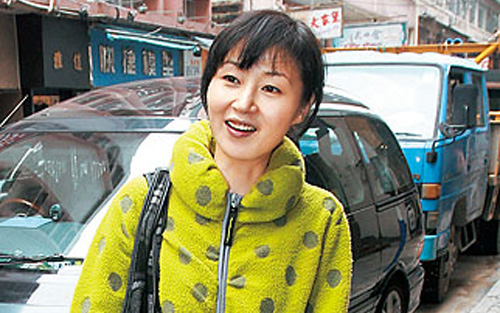 With the talent drain crisis that TVB was facing, the company was eager to partner with experienced artists who possessed ability to draw audience ratings. TVB was interested in featuring former ATV actress, Joey Meng (萬綺雯), opposite Roger Kwok (郭晉安) in new comedy, Cousin, You Are Good <老表你好嘢>. Wong Cho Lam (王祖藍) will be one of the scriptwriters for the series.

After signing Alice Chan (陳煒), TVB was close in securing another former ATV first-line actress, Joey Meng, who was best known for leading the My Date With A Vampire <我和殭屍有個約會> trilogy. The 41-year-old long-legged beauty possessed good acting skills and affinity with the audience. TVB executive, Virginia Lok (樂易玲), had reportedly handled the discussions with Joey personally.

Joey stated that she was still in the midst of discussions with TVB. Joey appeared to be pleased with TVB’s proposition, who offered her the ability to star in her first comedy. Since marrying Chan Sap Sam (陳十三), the scriptwriter from My Date With A Vampire installments, twelve years ago, Joey placed her family life foremost. She will assess how much freedom the filming proposition offered before deciding to accept TVB’s offer.

Joey stated, “If the partnership works out, I will highly anticipate working with Roger Kwok and Wong Cho Lam, who are both very good men. Roger is very serious towards work and regards his family with utmost importance. Cho Lam is very creative. I believe that there will be a great deal of chemistry and everyone will work well together.”

Producer Wong Wai Sing revealed that Cousin, You Are Good will revolve around hot topics in Hong Kong, such as the trend of pregnant mainland Chinese women traveling to Hong Kong to give birth, in order to seek permanent resident status for their children. In 2010, 45% of births in Hong Kong were from mainland Chinese women, which placed strains on Hong Kong’s health care resources. Wong Kong Leung and Wong Cho Lam will portray father and son in the new TVB drama.

Jayne: TVB will likely continue to chase after former ATV artists to inject new blood into their line-up, as their current managed artists leave for mainland China or rival Hong Kong stations.