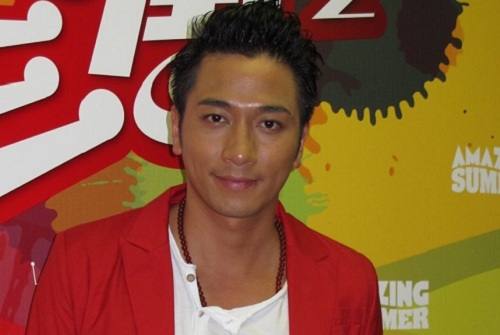 The exposure of Ron Ng’s (吳卓羲) explicit sexual text messages and audio clips with a mysterious woman shocked the public. It was speculated that Ron had even cheated with “Miss X” while dating ex-girlfriend, Viann Zhang (张馨予), with “Miss X.”  However, it was revealed today that Ron was a victim in a widescale “sex trap” which implicated a large group of male actors!

It was reported that there was a mastermind behind the “sex trap,” in which a group of lengmos and busty women were ordered to bait male actors. Allegedly, the mastermind amassed a large list of male actors’ phone numbers and gave them to the lengmos to contact.  With the busty women willingly throwing themselves at the actors, several of the men were unfortunately unable to resist temptation, even actively exchanging sexually explicit text messages with the women.

The goal of the “sex trap” was to was to gather “damning” evidence of the men’s lusty behavior. The lengos heartily agreed to participating in the trap, which will help them boost their recognition levels quickly.

Ron Ng, unfortunately responded to temptation. It was understood that he did not have sex with the woman, but only exchanged explicit messages.  His explicit cell phone messages–which were compiled by the mysterious and wealthy woman known only as “Miss X”–were published yesterday. This resulted in ex-girlfriend, Viann Zhang, lamenting that she had trusted the wrong person all along!

Before Ron fell into the “sex trap,” it was understood that Shawn Yue (余文樂) was also an unfortunate victim.

Taking a ferry to Macau to appear in a stage performance yesterday, Ron maintained that he did not know “Miss X” well and never dated the woman. Ron stated that he has been in contact with “Miss X” after the scandal broke out.

Regarding the explicit phone messages, Ron said, “I will let her respond to the matter. She will be issuing a press statement later!”

Jayne: Sex trap? As in how Aaron Kwok fell into a sex trap when he was performing in a concert in Australia and gave in to temptation with a woman he randomly met there?

Do you believe that Ron is a victim of a widescale “sex trap” with a powerful mastermind behind the scandal?