Roy Chiu (邱澤) had been trending on Weibo for a while, and it’s not for a good reason.

Unfortunately, Roy’s split with Yu Zheng wasn’t the only messy breakup he has had in his life.

Since his debut in 2002, the Taiwanese actor has had three known girlfriends—Rainie Yang (楊丞琳), Joe Chen (陳喬恩), and Tiffany Tang (唐嫣), all whom he had worked with over the years. 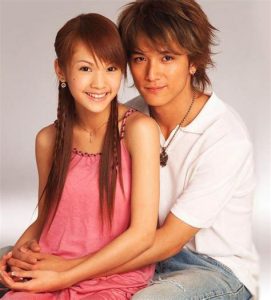 His first relationship since debut was with Rainie Yang, his costar in the 2003 Taiwanese drama Original Scent of Summer <原味的夏天>. The couple reportedly dated for eight months before finally splitting—and though the breakup was mutual, it wasn’t exactly ideal.

Although a name was never explicitly dropped, Rainie had said that one of her most unpleasant breakups was with a fellow celebrity. Reportedly, Rainie and Roy met only ten times in the eight months that they’ve dated, and whenever Rainie would call up Roy for a chat, the actor would dismiss her, telling Rainie that she was being too clingy.

Rainie ultimately pulled the trigger first, but Roy didn’t acted particularly sad about the breakup. When Rainie cried in front of him, he said, “Can you stop looking like a child begging for candy?” 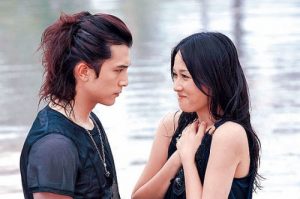 Roy’s next known girlfriend after Rainie was Joe Chen, whom he reportedly dated after collaborating in the 2009 drama Easy Fortune Happy Life <福氣又安康>. Roy soared to fame in Mainland China following his starring appearance in the 2010 drama The Girl in Blue <佳期如夢> with Joe, and while Joe appeared ready to confirm their relationship, Roy firmly denied the rumors, stressing that they were only friends. Their relationship turned sour, and when Roy was brought up in conversation years later, Joe said they had stopped contacting each other after filming and would like to not be associated with that name. 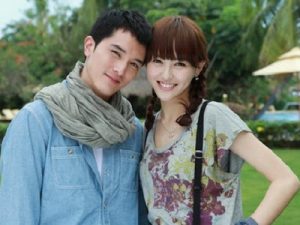 The actor’s most recent relationship—and perhaps the messiest of them all—was with Tiffany Tang, who is now married to actor Luo Jin (羅晉). Even Tiffany’s close friend at the time, Yang Mi (楊冪), publicly wished them well on Weibo, telling Roy to take good care of her friend. But their relationship spiraled down after Roy’s dating rumors with Taiwanese actress Tia Lee (李毓芬) surfaced. Accused of cheating, Roy said he hasn’t seen Tiffany in over seven months, and responded, “I have not wronged anyone.”

That response angered Tiffany’s manager, who then released a photo that Tiffany and Roy had taken together only four months prior. According to Tiffany’s manager, Roy was lying about not being in contact for seven months, as Tiffany had flown all the way to Taiwan to celebrate Roy’s birthday only four months ago. Lamenting about how much Tiffany had suffered throughout their relationship, her manager exclaimed that Roy only cared about his own image, and never once considered Tiffany’s own sacrifices. She also revealed that whenever they were to meet the press, Roy would always call up Tiffany a few days prior to give her a script on what to say.

Interestingly, soon after splitting up, Roy publicly announced on television that he would love to collaborate with Tiffany again in a future drama. He had said, “I’m single [now]. Do you like me?”