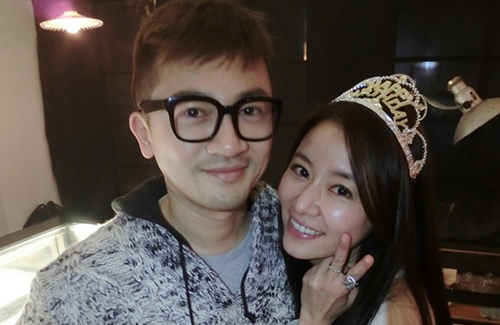 40-year-old Ruby Lin (林心如) and 42-year-old Alec Su (蘇有朋) became close friends after working on Huan Zhu Ge Ge <還珠格格> together. Through the years, the two friends refer to each other as “super good friends”, and even made a promise to each other that if they do not get married by 40, they will marry each other.

But Ruby seems to have broken that promise on Friday, when she announced to the world that she has been dating her longtime friend, 36-year-old Wallace Huo (霍建華). Netizens joked that Wallace was being relentless, and not even giving his good friend, Alec, an opportunity to pursue Ruby.

Jokes aside, Alec did say in an earlier interview that his relationship with Ruby is like that of siblings, deeper than just physical attraction or romantic love. Though he is still single, he never did take his promise with Ruby that seriously.

After Ruby and Wallace’s announcement, fans jokingly said they felt sorry for Alec, but added that he’s not alone. They joked that he could always seek confort in Hu Ge (胡歌), who is also alone because his other half, Wallace, is now dating Ruby.

4 comments to Ruby Lin Breaks Her Promise to Alec Su