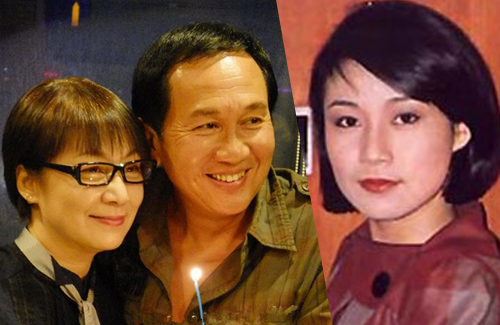 The veteran actor renewed his wedding vows to his late wife.

Hong Kong actor Samuel Kwok (郭峰) shared about his recent trip to Israel, where he renewed his wedding vows to late wife, actress Susanna Au Yeung (歐陽佩珊), who passed away in 2017.

Feeling something amiss in his life ever since Susanna’s death, he decided to make the trip to Israel in October last year to renew his matrimonial vows. His younger brother, a pastor, also especially traveled from Chicago to accompany him on the journey. Samuel said, “What inspired this pilgrimage was how I gained a different perspective of love after my wife passed away. I read the Bible often, but have never visited the places mentioned in the stories, since there was an opportunity I decided to come for the experience.”

At the altar, he read out his promise to his late wife, “Joyfully, I accept you as the perfect gift from God. I will love you, respect you, appreciate and honor you with my life…. By His Grace, I hereby promise: That in this life I will not have dream of others, but be by your side wholeheartedly.”

Susanna was a free-thinker, and Samuel was a Christian. Their wedding was held in a church, but she did not attend any church activities over the years. Two years ago, Susanna was diagnosed with cancer and was hospitalized. During her last moments, Samuel’s sister, the pastor and others recited prayers by her side. That was when she acknowledged her acceptance of the Christian faith, giving Samuel a great sense of relief, as it signified they could reunite in heaven after death.

Married for over 40 years, Samuel felt devastated by Susanna’s death. To him, his wife “left while she was still very young.” Even today, when he sees something interesting or feels down and emotionally underwhelmed, he gains comfort from the knowledge that “she is by my side and shares my feelings.” The actor also keeps all of her possessions at home, rearranging them for her and prays for her daily. 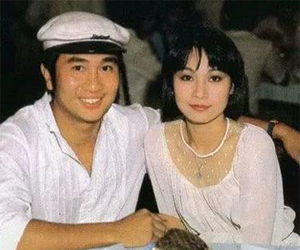 The pair first met in 1975 when they played a couple onscreen in a RTV production. Later, they played a pair of poverty-stricken mutes who had no dialogue throughout, but had to use sign language to carry the drama.

With time, the two became closer until Samuel finally gathered courage to ask Susanna to be his partner at a friend’s Christmas party after work. Susanna, who was then 24, asked her family first and at the point, Samuel had been really afraid he would get rejected. Thankfully, she agreed.

Bringing her out for dinner on his motorbike, Samuel secretly worried about having to fork out for an extravagant meal. He was surprised when she replied that she wanted to have street food, and ordered cuttlefish rice, “She had no airs, looked after the family well and was easy to care for,” he recounted his impression of her.

While the loving couple who got married in 1977 rarely quarreled, Samuel recounted how he had once made her worry due to his love for adventure through activities such as car racing contests and diving when he was in his thirties. Although his wife would disapprove and admonish him about the dangers, Samuel felt that one should take risks so as not to have any regrets.

It was only later when he heard from Susanna’s students and friends that she could hardly concentrate at work from being bogged by constant worry that he felt guilty about neglecting her feelings. After that, he decided to change himself. “I love taking risks, but I love my wife more. How could I do something which she doesn’t like me to?” he reasoned.

Even today, Samuel still has a beautiful photo of Susanna set as his cellphone wallpaper. To him, “Loving someone forever means your love doesn’t disappear when the other party leaves. So I love her with my life–even when she is no longer here, my love will forever remain.”