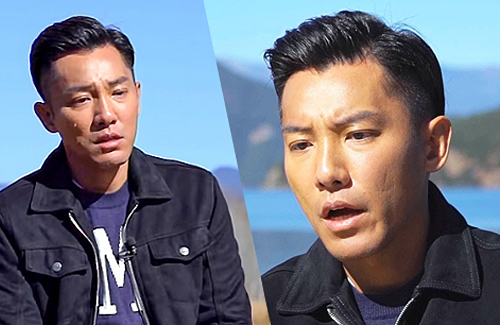 The TVB actor, whose parents separated when he was four, hopes to reunite with his mother one day.

Bringing viewers to Sichuan, Chengdu and Lugu Lake, Yunnan in the fifth episode of Wishful Living  <如果這樣生活>, actor Jonathan Cheung (張頴康) shared his own life story and recounted how his parents had separated when he was four years old. Because of his decision to live with his father, the actor has lost touch with his mother for 33 years.

Visiting two local families whose children suffered from brain disorders, Jonathan was deeply touched by the courage and selfless love of the fathers whom he spoke to during the four days of filming.

Cried for Many Years on His Birthday

At “Kingdom of Women” Lugu Lake, the 37-year-old actor shared his personal story with viewers. “When I was four years old, I wanted to live with both Dad and Mom. But in fact I had no choice as only Grandma would stay by my side.

“When I was 30, I could choose whether to celebrate or to forget about my birthday. Actually I had no choice. Surely I would rather forget it, because for my previous 26 birthdays there wasn’t a year in which I didn’t spend it in tears.”

The actor shared that he lived in Choi Wan Estate since he was born. His parents would bring him downstairs to have his meals and he knew they would often quarrel. One day, his mother held his hand and asked whom would rather live with, but he did not leave with her. He knew that he could be with Grandma if he chose his dad.

It has been 33 years since then, and he has completely lost touch with his mother.

“If I Could Choose Again, I Would Never Let Go of Her Hand”

Jonathan’s father later remarried in Mainland China and left him to live with his Grandma, who is the only family member by his side until the time he got married and became a parent.

The actor shared that he has been waiting for his mother for as many years since she left, and hopes the day will come. Therefore, the 30 year-old had turned down the company’s request to change his birth name to a different name and insisted on being known by Cheung Wing Hong, so that his mother would be able to find him.

Although his childhood was less than perfect, the actor is thankful to meet his current partner Angie Mak (麥雅致) after overcoming many obstacles. Her presence has compensated for the regrets in his life.

“I have thought about the possibility that I may never meet my mother again, or that I may never have a complete family in this lifetime. Luckily, it did not turn out to be true. That year I was 36, my second child ‘Little Peanuts’ was born. Thanks to my wife, I knew how blessed it is to have a family and lead a simple life together.” 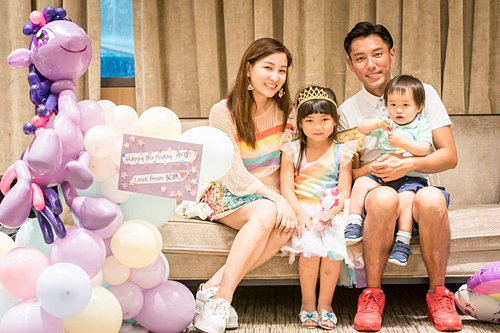