Vincent survives, but learned that Natalie’s character has died.

The finale episode of TVB Anniversary drama The Man Who Kills Troubles <解決師> aired on November 23, with its most climactic scene being Vincent Wong’s (王浩信) “O Sir” and Jonathan Cheung’s (張頴康) “Man Sir” facing off in an ultimatum. To gain more power for himself, Man Sir shot Qiao Yi Feng (played by Peter Pang 彭皓鋒), but his killing was unknowingly filmed by drones controlled by O Sir. Upon the discovery he pursues O Sir, wanting to silence him.

During the car chase between the two, Vincent managed to hack into a group of performing drones nearby, and used them to aim fireworks attacking Man Sir’s vehicle. Resembling the scene where Mystique used drones against Spiderman in the blockbuster Spiderman: Far From Home, TVB production attempted to entertain viewers with its localized twist. 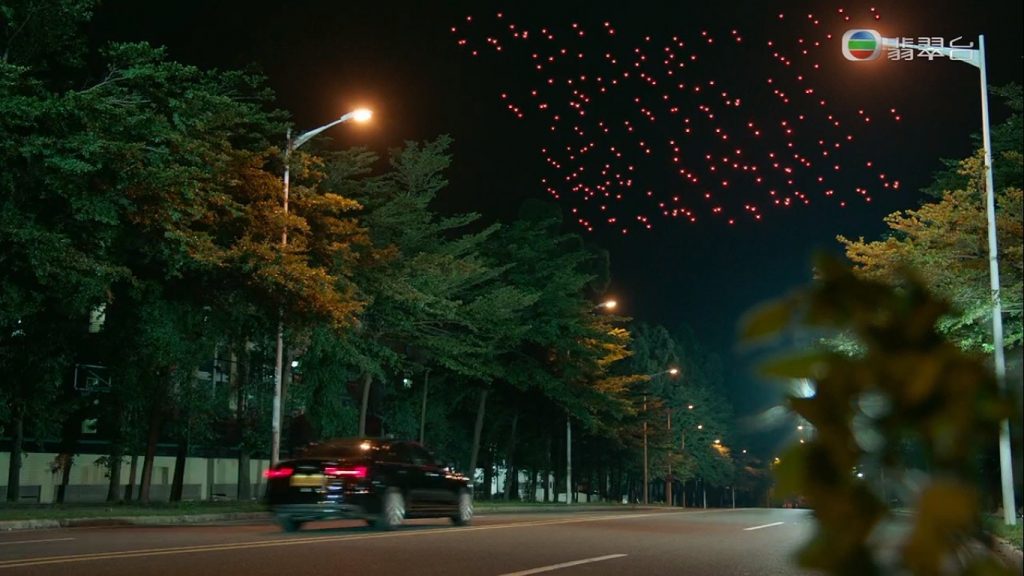 Even though Man Sir’s rifle shots damaged the rear of O Sir’s car which then burst into flames, he managed to escape and jumped on Man Sir from behind. Locked in a fierce tussle, the two men, both heavily injured, lay on the ground close to death. Peering at the starry sky, they revealed each other’s inner thoughts. Man Sir even spoke at length to admit that he was the mastermind who set a trap to poison Jovy (Natalie Tong 唐詩詠) with ricin whose symptoms were similar to that of common cold hence making it hard to identify. O Sir was devastated.

About a month later, a reformed Man Sir, fortunate enough to have survived, shares sweet moments with his girlfriend, Ace (Crystal Fung 馮盈盈), and intends to move to Bhutan for a new life. However, he meets his end when he is assassinated by Mr. Qiao’s underling Ray.

Two months from the day he fought with Man Sir, O Sir awoke and learned that Jovy has indeed been poisoned to death. 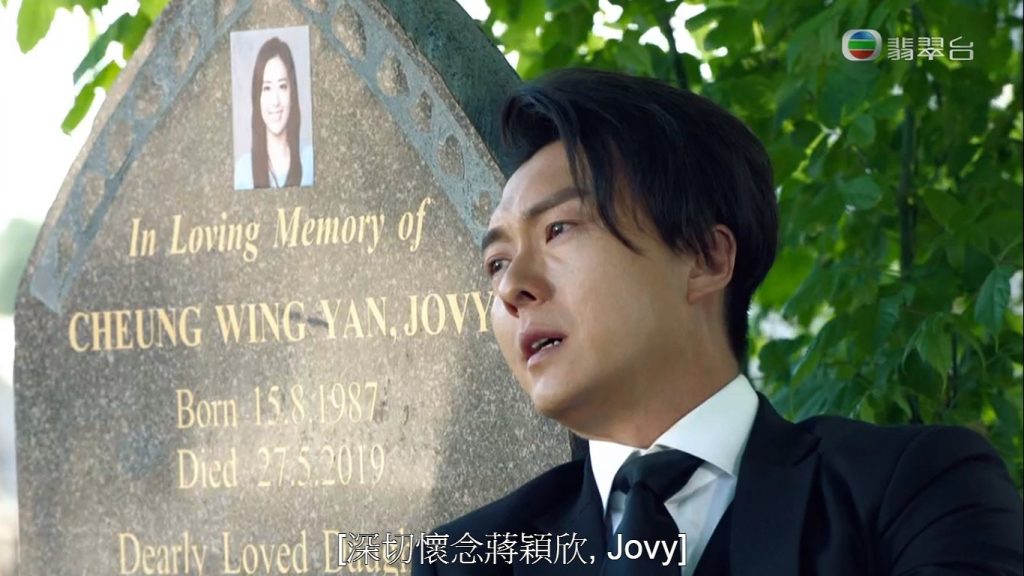