TVB anniversary drama The Man Who Kills Trouble <解決師> has an attractive storyline about organized crime in addition to romance subplots. In last night’s episode, Man Sir, played by Jonathan Cheung (張頴康), and Ace, portrayed by Crystal Fung (馮盈盈), had a major development in their relationship.

The story tells of Man Sir successfully getting rid of Madam Ma, played by Pinky Cheung (張文慈), and then getting drunk. His subordinate, Ace finally wins him over with her love, and the two get wet while making out in the shower stall. A teaser clip of the passionate sex scene was formerly revealed in the drama trailer, in which Jonathan was seen taking off Crystal’s white shirt, sticking his hand inside her tank top, and biting her ear. Crystal once revealed, “The sex scene starts in the bathroom. I step into the shower, get wet, then walk back into the room, and go on the bed.”

The bold scene was a huge milestone for Crystal, who has never film a sex scene before. She even showed her boyfriend Martin the script once she got it. “He personally drove me to film that scene,” she previously said. “I think he is beginning to understand, and I’m grateful for his understanding. When it broadcasts, I’ll be watching it next to him to comfort him.”

However, who would’ve thought the scene would be heavily cut down for last night’s official broadcast? The scene was supposed to last for more than half a minute, but it was trimmed down to a mere 10 seconds. Crystal said, “I completely understand and respect the company’s decision.”

She continued, “The plot will turn white-hot, and it’ll get more exciting the closer it gets to the ending. I will have an emotional entanglement with Jonathan. I hope everyone can look forward to the development of the story. Everyone should pay close attention!” 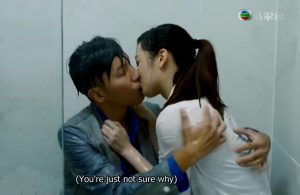 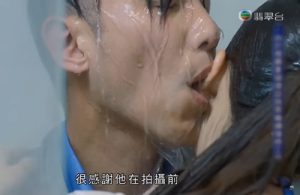 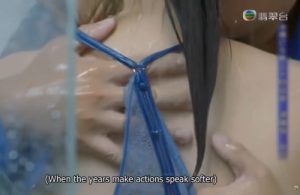 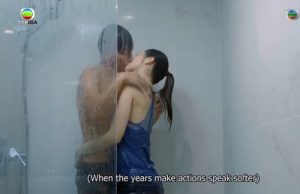 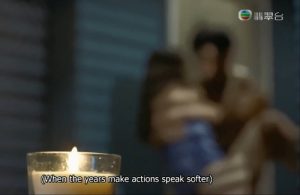