Shu Qi (舒淇) is showing signs that she may be pregnant. Halting all work since December, Shu Qi announced the reason she was resting was due to a skin rash outbreak. But fans suspected that there might be more behind the story.

In photos that circulated on social media, Shu Qi appeared to have a noticeable belly bulge. Attending a company-related event, Shu Qi was dressed in loose jeans and a striped sweater, which bulged as she leaned forward. In the other photos, Shu Qi stood behind her friends, as if wanting to block her waist from the camera.

In addition, Shu Qi’s face appeared to be slightly bloated as she gained weight during her hiatus. On her Weibo, she has also shown cravings for ice cream and pancake snacks. Showing signs that she may be expecting, perhaps Shu Qi and husband Stephen Fung (馮德倫) will have good news to announce very soon. 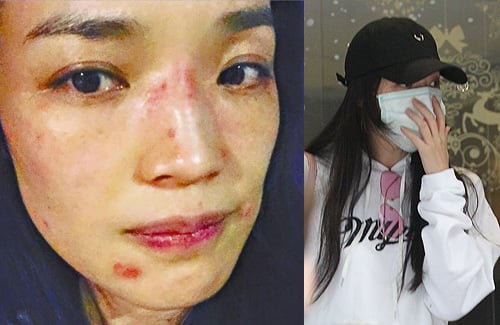