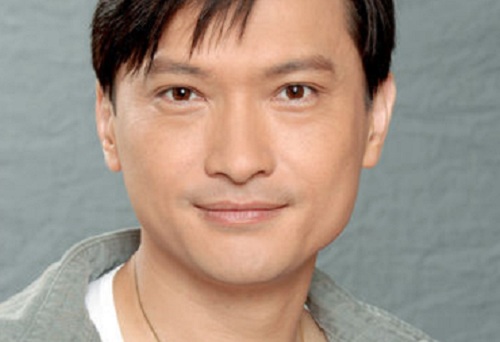 Veteran actor, Sunny Chan (陳錦鴻) attended the StarHub TVB Awards in Singapore on August 18th. Sunny took home the “My Favorite Character” award for his role in 2011’s Curse of the Royal Harem <萬凰之王> that night. He expressed his excitement for visiting Singapore again, “It is a very different feeling this time because it is for an awards ceremony! Since my graduation, I only won two awards; it happened both times in Singapore! The first time was in 1998 when I won ‘Best Actor’ for my role in Hold You Tight <愈快樂愈墮落> at the Singapore International Film Festival. The second time was this time!”

The 45-year-old actor added, “They asked me if I had time to come to Singapore for an award, and I said yes! I must come! I missed out the film festival last time because I didn’t know I would win an award!”

Returns to TVB After One-Year Hiatus

Sunny also revealed that he will return to TVB this September to film a Republican-era drama, Records of the Fifth Day Opening <初五啟市錄>, with Sonija Kwok (郭羨妮) and Raymond Wong (黃浩然). This will also be Sonija’s comeback drama after giving birth to her daughter in May 2012.

A year and a half ago, Sunny discovered that his 5-year-old young son is autistic. His son was quiet, antisocial, and treated his parents as if they were transparent. His son also possessed slow learning abilities, “My son would believe that he understands what people are telling him when he really doesn’t. For example, if I say to him, ‘I am Chan Kam Hung’, he would probably only hear the ‘Hung’ and nothing else.”

After filming Curse of the Royal Harem last year, Sunny took a year off of work to take care of his son, who will enter his first year of primary school this fall. “My son could not speak a complete sentence. Normal children his age should be able to recite speeches by now.”

The patient Sunny spent every single day with his son, tutoring him in English, Chinese, and simple arithmetic. Although his son can now recite the information in his textbooks perfectly, he still has problems communicating with other people. Sunny said, “I want to have him know that learning can be really fun, which is why I will teach him different things every day. I consistently change our programs up to keep him interested. He has improved well. He improved a lot the past year, and I am very satisfied.”

Returns to TVB for Money

In September, Sunny will film Leung Choi Yuen’s (梁材遠) new Republican-era drama, Records of the Fifth Day Opening, with Sonija Kwok and Raymond Wong. Sunny laughed, “I need to get back to work because I ran out of money! Haha!” However, Sunny stressed that his son will still be his top priority, “I will spend the next few months filming. After that’s done, and I’ve earned enough to cover next year’s living cost. I will take another long break.”