The international success of Taiwanese web drama HIStory 1 has led CHOCO Media to continue in riding the wave of popularity with the making of seasons two and three. The third season was released in two parts, in which part one Trapped <圈套> had starred Jake Hsu (徐鈞浩) and Chris Wu (吳承洋).The second part HIStory 3: Make Our Days Count <那一天> just aired its first episode recently, and excited fans responded to the casting and plot with highly positive feedback. 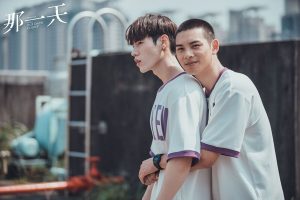 Returning to the high school setting, History 3: Make Our Days Count seeks to present the blossoming love stories of each young couple on campus. Actor Wayne Song (宋緯恩), who acted in Age of Rebellion <翻牆的記憶>, Iron Ladies <姊的時代> and The Making Of An Ordinary Woman <俗女養成記>, is capable in playing the lead character Xiao Hao Ting, a confident and hot-tempered boy. The other more quiet, cool-headed and intelligent lead Yu Xi Gu is played by new actor Huang Juan Zhi (黃雋智). These two drastically different personalities show clear incompatibility, but fate always has its ways as they cross paths through a female schoolmate.

Beside this main love line between the two male leads, there are also scenes of the second couple Lu Zhi Gang played by Tom Zhang (張瀚元) and Sun Bo Xiang played by Wilson Liu (劉韋辰). Their relationship and chemistry also captivated viewers with their differences in stages of their lives. Sun Bo Xiang is a simple-minded member of Hao Ting’s group in his last year of high school while Lu Zhi Gang is already out in the workforce and is an entrepreneur with his own store. Yu Xi Gu also works as a server at his store. In this situation, it is expected that they will be bound with challenges and problems, but even such, Bo Xiang can’t stay away from Lu Zhi Gang whom he fell in love at first sight at a gym.

Following these two couples are supporting characters including Xia En and Xia De played by the same names of respective actors Xia En (夏恩) and Xia De (夏得). They also have distinct character designs and strong scenes that left an impression with viewers. 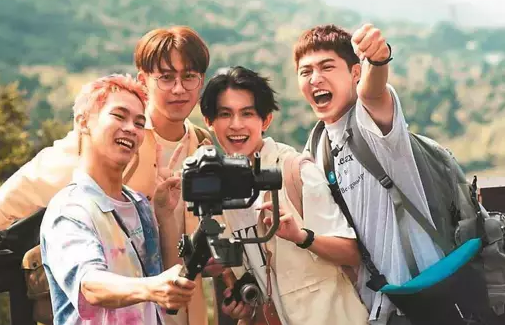 A new BL drama on fans’ radar, “DNA Says Love You” scores with its unique lighting and genuine performances. 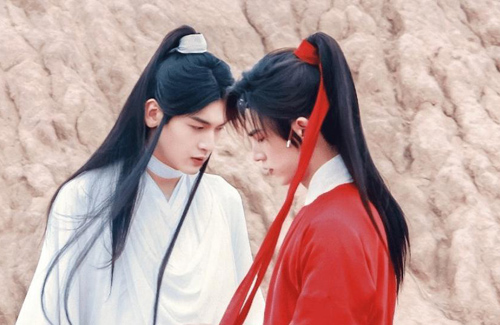 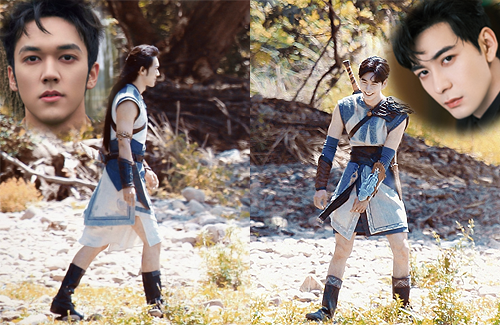