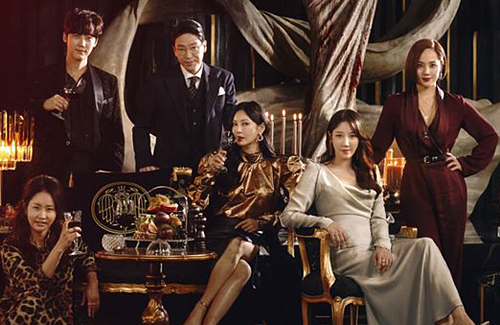 Audiences have always been hungry for plots centered on the darker side of human nature, as explored in hotly discussed dramas The World of the Married <夫妻的世界> and Lie After Lie <謊言的謊言>. Recently, The Penthouse: War in Life which continues the trend, hit a viewership high of 17 percent with its dissection of realistic themes such as children’s education, extramarital affairs, money and power struggles.

Bloody Fight for the Trophy 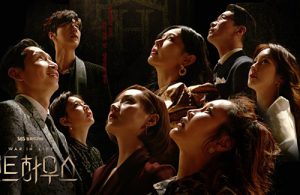 With tight dramatic pacing and convincing performances, onscreen characters portrayed by Kim Hee Ae, who hit back at her cheating husband, and Lee Yoo Ri, who spun a web of lies to take revenge on her mother-in-law have drawn strong viewership. Said to contain elements from two popular dramas Sky Castle <天空城堡> and The World of the Married, The Penthouse is set in Gangnam and revolves around the topmost floor of the 100-story Hera Palace, named “Penthouse”, the pinnacle of success and physical symbol of the power and authority sought after by all characters. The characters are determined to make their way up into the uppermost echelons and driven to extremes to protect their own interests.

In the drama, Kim So Yeon plays an ambitious music teacher from a well-to-do background, who would stop at nothing to get what she wants. Inviting her wealthy neighbors to a party at her home, she sets her eyes on Um Ki Joon and starts tempting him openly once his wife (Lee Ji Ah) is not present.

A female soprano student from a normal social class is unhappy about forged results at a singing contest, and looks up Kim So Yeon, the daughter of the chairman to voice her concern. However, without financial power nor social backing, she not only fails to overturn matters and stand up for herself, but is instead asked to bear the blame.

No Fairness Even in School

The adults in the show are not the only ones jostling for power – even the kids who harbor the burden of their parents’ expectations are engaged in infighting, all hoping to enter the prestigious music college with the best results. When two competing youngsters believe that either of them will surely come out tops with their wealthy parents’ backing, both eventually lose to a talented orphan student from an ordinary background. The unexpected outcome awakens their feelings of jealousy, fears and low self-esteem, and they unleash all their negative emotions out on the weaker student.