“The Penthouse” Confirmed for Seasons 2 and 3 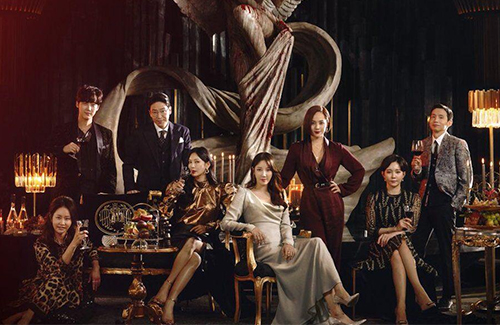 At the 2021 SBS Showcase event held on December 10, SBS producer Han Jung Hwan announced that a second and third season of the hit series The Penthouse: War in Life is currently in its production phase, with plans to air next year.

“The Penthouse will finish airing early next year,” said Han. “Screenwriter Kim Soon Ok still has a lot of stories to tell, and having just 20 episodes just won’t be enough.”

Han said season 2 and 3, which will air next year, will each have 12 episodes.

Asking if the original cast members will return for the next two seasons, Han said, “That’s a secret, but there will definitely be surprises.”

The Penthouse stars Eugene, Kim So Yeon, Lee Ji Ah, and Um Ki Joon, and follows the story of a woman who joins Hera Palace with the dream to be a socialite. With the broadcast of episode 13, which aired on December 8, The Penthouse soared past 22.1 percent in viewership ratings, and is the first time the drama has broken past the 20th mark.