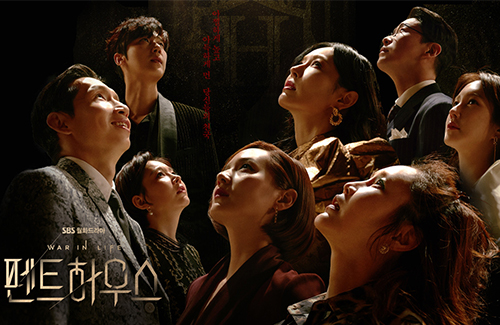 Starring Eugene, Kim So Yeon, Lee Ji Ah, Um Ki Joon, Park Eun Seok and Yoo Jong Hoon, Korean drama series The Penthouse: War in Life has been consistently drawing in more viewers by the day since its October 26 premiere. Its most recent episode, which aired on December 1, recorded average nationwide ratings of 14.7 and 19.6 percent according to Nielsen Korea, beating its personal best of 16.9 percent from the previous episode.

In the metropolitan area of Seoul, the drama reached 21.2 percent in ratings on December 1, another personal best.

The Penthouse follows the uphill journey and downfall of a woman who strives to live on the 100th floor of a Gangnam penthouse, becoming the queen of high society.

Many Korean celebrities are also joining the public in chasing after the drama, including Super Junior member Kim Heechul, who posted nearly minute-by-minute updates of his viewing experience on Instagram.

The Penthouse airs on SBS. It will air for three seasons.