The Stress of Being a Single Mom: Eileen Yeow’s Declining Health 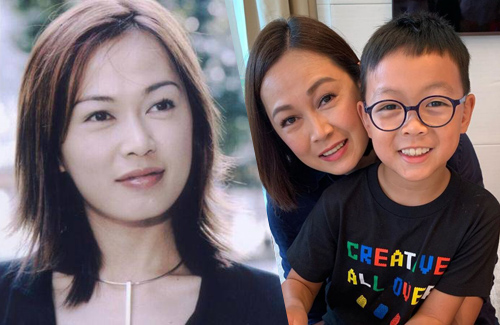 TVB actress Eileen Yeow (姚瑩瑩) won Miss Singapore in 1991 and went on to represent Singapore in the Miss World pageant. During that period, she met Anita Yuen (袁詠儀) and they became quick friends. Anita was the one to suggest that Eileen start her career in Hong Kong. She joined the 8th TVB training class in 1995 and officially signed with TVB after graduation. That year Eileen was one of the five heavily promoted fadans that included Jojo Cho (曹眾), Wailis Pang (彭子晴), Gigi Fu (傅明憲), and Joyce Chan (陳彥行). Eileen seemed to be on the pathway to success until 2011 where she was engulfed in rumors that she had given birth to a baby out of wedlock.

The identity of Eileen’s boyfriend was never revealed; all that is known is that he is not from the entertainment industry and has the last name Leung. The 47-year-old actress raised her son as a single mother and has admitted to being a Tiger Mom. She hopes that her son will be able to live well, eat well, and have good marks in school. She enrolled her son in international school and many extracurricular activities, taking on the burden of the heavy price tag.

Due to the stress of taking care of her son and filming long hours, Eileen’s health has been declining. Since her cervical vertebrae and spine have shifted, the intervertebral nerve channel has narrowed causing pressure on the nerves. On bad days, she experiences angina and often has nausea.

Fortunately, she was cast in popular sitcom Come Home Love- Lo and Behold <愛回家‧開心速遞> where she has a stable role as Helen, the manager of the Human Resources department. Due to this, Eileen now has a stable income and has one less thing to worry about.

6 comments to The Stress of Being a Single Mom: Eileen Yeow’s Declining Health