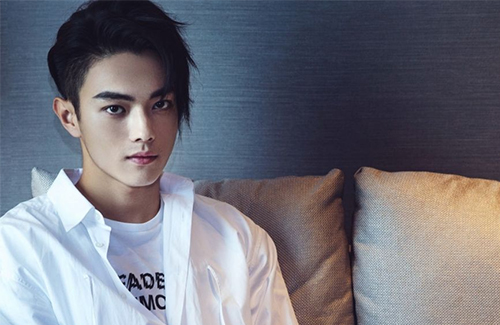 Story of Yanxi Palace <延禧攻略> star Xu Kai (许凯) is the industry’s new rising star, but despite his successful performance on the hit show, negative rumors about his controversial love life has put a dent in his image. According to those rumors, the 23-year-old was an abusive boyfriend and a cheater.

Soon after Story of Yanxi Palace’s broadcast, Xu Kai’s ex-girlfriend, Internet personality Dajin (大金), shared pictures of her bruises on Weibo, claiming that those bruises were caused by Xu Kai.

“There was fighting, there was shoving, [and] there was tearing,” Xu Kai responded on Weibo, admitting that he has hit his girlfriend before. “[But] it was not domestic abuse.” He also added, “I was once a bad guy, so I look forward to the day where I grow into a good guy.”

Xu Kai’s direct yet unclear response obviously did not do much to improve his image, and although his fanbase is slowly growing, claims of Xu Kai being a perpetuator of domestic violence still linger.

However, an old clip that was taken when Xu Kai and Dajin were still dating showcased a completely different image—rather than Xu Kai, it was Dajin who appeared to be the aggressive one in the relationship. 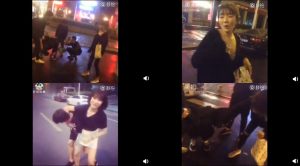 In the video, which has been leaked on Weibo, an intoxicated-looking Xu Kai was locked down to his knees by his friends. Dajin was poking his head and yelling “Do you have swagger?” and “Are you going to admit defeat?” at him. Another friend, perhaps the one holding the camera, yelled, “Xu Kai! Say it! Look up!”

The camera then turned its focus on Dajin, who also appeared drunk. She told the camera, “There is nothing that I can’t overcome.” The friends laughed and then urged Xu Kai to respond to Dajin’s statement.

In another clip, Dajin had Xu Kai on a headlock. She harshly pulled on his shirt and dragged him a few steps down the street. Though they looked like they were just horsing around, Dajin’s loudness and boastfulness was surprising for many netizens, as the Internet star had always displayed a sweet girl image online. Xu Kai was passive and at the receiving end of Dajin’s actions in both clips, leading to speculation that Xu Kai’s “girlfriend beater” image may not be true at all.

In addition to his row with Dajin, another ex-girlfriend of Xu Kai revealed that he had once cheated on her with another woman. Recently, paparazzi spotted Xu Kai walking into costar Bai Lu’s (白鹿) home, and not coming out. His management responded by saying that they are unsure if they are dating, but they will look into the matter as the rumor has already become a trending topic.