Last August, Tracy Chu (朱千雪) unexpectedly announced she married her long-time doctor boyfriend Justin Ng (吳昆倫) in Bali. At the time, they immediately returned to work and school, so it appeared they weren’t in a rush to have children. However, it seems they already have a “rat baby” on the way. According to recent reports, Justin returned to Hong Kong to take care of Tracy, who is speculated to be five months pregnant. 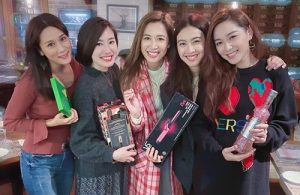 Lately, the 31-year-old actress is sporting loose clothing and flat sneakers during her outings. Netizens also noticed Tracy is avoiding full-frontal photos of herself and attempts to hide her belly with her hand or an object. Reporters eventually got a clear indication that she is indeed pregnant when they spotted her with a rounded figure.

However, Tracy has yet to make an announcement, and it’s unlikely she intends to reveal it, based on her past responses to pregnancy. Last September, fans pointed out her slight bump in a picture of her at her friend’s wedding in Canada. Hugging her friend in the photo, friends and fans noticed her protruding stomach and asked, “Are you pregnant?” on her Instagram.

Though she has yet to respond to the pregnancy news, fans can expect her to officially announce the good news soon.

Tracy Chu Tries to Save Money on Wedding 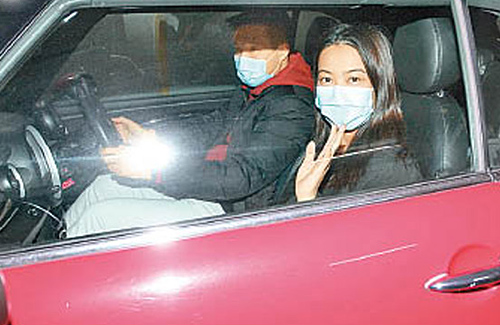