The last time TVB held Mr. Hong Kong was in 2017. Though the competition was suspended sporadically for several years, the station decided to bring it back in 2021 to source for new talent.

At TVB’s 2021 Sales Presentation, a creative video clip was filmed announcing the return of Mr. Hong Kong. Filmed in a suspenseful manner as if they are recruiting for the next James Bond, former Mr. Hong Kong Benjamin Yuen (袁偉豪) and current Miss Hong Kong Lisa Tse (謝嘉怡) are seen coolly suiting up the next potential candidate to prepare for his next challenges.

One attractive point of the competition is that as evidenced over the years, even if the contestants do not win the top title, there are still opportunities to achieve success and even become first-line actors. Some  have even found international success. Below are the most notable Mr. Hong Kong participants: 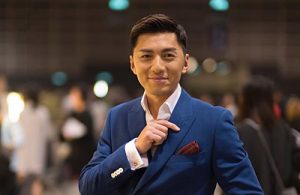 The 39-year-old was the winner of Mr. Hong Kong 2007. An unsuccessful actor before joining the competition, Mr. Hong Kong gave Benjamin a second shot in the entertainment industry. After signing with TVB, Benjamin had many opportunities to film dramas and can be said to be the most successful of the Mr. Hong Kong winners.

In 2012, he had his first breakthrough role in The Hippocratic Crush <On Call 36小時> where his partnership with Mandy Wong (黃智雯) was very well received by the audience. In current years, Benjamin has gained more popularity through roles in A Fist Within Four Walls <城寨英雄>, Line Walker: The Prelude <使徒行者2>, and Line Walker 3 <使徒行者3>.

A versatile artiste, Benjamin can also sing and play the guitar. He has signed with a record company to release his new self-composed single–the song is very meaningful and romantic as the lyrics were written by his fiancee Bowie Cheung (張寶兒), and the couple also took part in his music video. 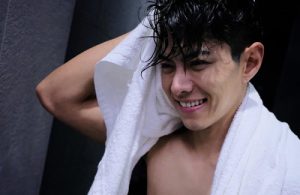 After winning the Mr. Hong Kong 2008 youth division title, Joey Law (羅天宇) filmed numerous TVB dramas. Most well known for his role in Come Home Love <愛·回家> which he played for three years, Joey has advanced to more dramatic roles in Life on the Line <跳躍生命線> and Girlie Days <她她她的少女時代>. This year, he was promoted to leading actor in Hong Kong Love Stories <香港愛情故事>, where he plays a couple with Katy Kung (龔嘉欣) navigating the difficulties of Hong Kong’s increasingly high cost of living.

Compared to his career, Joey’s love life receives more attention as he has a reputation for dating beautiful women. His past girlfriends include: Christine Kuo (苟芸慧), Coffee Lam (林芊妤), and Roxanne Tong (湯洛雯), whom he dated for four years after meeting in Come Home Love.

Joey’s stepbrother, 26-year-old Wu Fei (胡㻗), also competed in Mr. Hong Kong 2016, but ended up in fourth place. At this moment, Wu Fei’s acting career has not met with much success, only appearing in minor roles on screen. 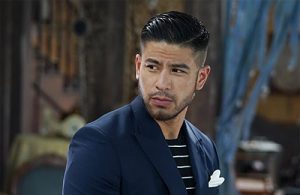 Competing in Mr. Hong Kong 2008, Alan Wan (溫家偉) was very popular due to his muscular physique and placed in the top three within the youth division. After the competition, he returned to New York to complete his education at Stony Brook University before signing with TVB.

His warm personality made him a perfect fit for variety shows. Alan reported the weather on TVB’s Pearl channel and hosted the shows Travelling with Koyo < 紅葉瀛風 >, Master So Food < 食得峰騷 >, and Organized Dining <搵食飯團>. He also filmed dramas including The Stunt < 特技人 > and Forensic Heroes IV <法證先鋒IV >. 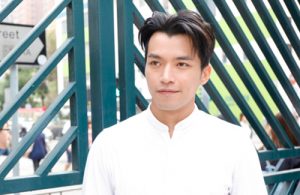 Jack Hui‘s (許家傑) win in Mr. Hong Kong 2009 was a surprise as he was viewed as a dark horse candidate.

In the beginning of his career, he took part in many popular dramas including Tiger Cubs 2 <飛虎II >, Over Run Over < EU超時任務>, My Dangerous Mafia Retirement Plan <火線下的江湖大佬>. His roles were not eye catching and Jack had to overcome personal struggles before hitting it big in 2017’s Come Home Love: Lo and Behold <愛·回家之開心速遞> alongside co-star Mandy Lam (林淑敏). Seen as a versatile actor with a mature image, Jack has also played antagonistic roles in Airport Strikers <機場特警> and Al Cappuccino <反黑路人甲>. 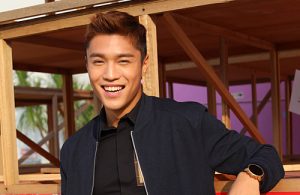 Full of youth and vitality, 23-year-old Karl Ting (丁子朗) won Mr. Hong Kong 2016 runner-up. The native Canadian-Chinese actor was also the youngest competitor that year, winning multiple awards including Most Photogenic and Most Popular. In his four years with TVB, Karl has been given many opportunities.

With his eloquence, Karl has hosted multiple important events including the TVB Anniversary Awards, the Yan Chai Charity Show, the Pok Oi Charity Show, and the Caritas Hong Kong Charity Show. Other than hosting, he has participated in many variety shows including Liza’s Online <娛樂大家>, Big Big Beauty <今期流行>, New Year is a Game <大玩特玩>, and Sammy On the Go <森美旅行團>.

Karl’s wholesomeness and popularity are evidenced as he was invited to film a commercial for the Hong Kong MTR.

Joey Law Has Insecurities About His Body