TVB is not only a television station and production company, but also an agency for talent. Running for 50 years, TVB has an image and reputation to upkeep, so it isn’t a surprise to know that the company also harbors many “secrets.”

Every once in a while, the TVB staff would plaster memos and announcements all over the hallways and makeup rooms to remind its artistes and crew members of various rules that must be abided to. One memo was officially approved and signed by TVB executive Virginia Lok (樂易玲) many years ago, and it is still applies today.

1. Do not wear any clothing that includes texts resembling profanity.

Popular streetwear and luxury brands like Supreme and CLOT tend to release new apparel that would have printed words that resemble profanity. A TV presenter at TVB once wore a shirt that had the text “FXXK” printed on it, but no one at the time noticed until post-production. The editors had no choice at the time but to zoom in on the presenter’s face to hide the graphic on his shirt.

In 2005, Virginia Lok released a memo that warned artists to be careful at what they choose to wear when being on camera. The memo read, “If you choose to wear an outfit that is not provided by the company, please do not wear anything that has profanity or brand names printed on the shirt. This is to prevent offending the television broadcasting ordinance.”

Back in 1995, Andy Lau (劉德華) uttered a term that sounded similar to Cantonese profanity during a comedy segment for the TVB Anniversary Gala. TVB received over 600 complaints and was fined HK$100,000. Andy made a public apology, but the director in charge of the segment never admitted that it was his fault. Andy said in a later interview, “I won’t say who [the director], as I don’t want him to lose his job. Since I know I could cover him, why not do it.”

2. Do not take pictures or film videos inside the filming studio.

In 2010, Virginia Lok passed out a memo that forbade artistes to do any recording of their own at TVB studios or filming locations, as that would interfere with the filming process. This is also to prevent any private information from getting leaked to the public. An author who visited TVB studios once shared studio photos in a published book, and the author ended up paying a fee.

However, TVB has gotten more laid back with this rule. With the release of TVB’s social media account “big big channel,” many artists are encouraged to share their works-in-progress as a way to get closer and become more intimate with fans. 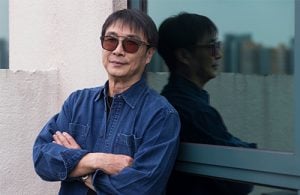 3. Do not forget scene continuity.

Continuity in outfits, jewelry and hairstyles are a basic rule to filmmaking, and while TVB does have a professional team to manage continuity in scenes, mistakes often slip up. In 2016, TVB gave out a “friendly warning” to its artistes about maintaining the continuity in their own scenes so they can share the responsibility with the costume staff.

Known for his strong teamwork ethic, Damian Lau (劉松仁) has always had a habit of recording every outfit detail during filming. He keeps a notebook where he would write down every detail of his characters’ appearances, down to the hair and shoes, for each different scene.