In Mainland China, the four most popular young female actresses are labeled the “Four Dan Actresses.” It came about as early as the 1990s with Xu Jinglei (徐靜蕾), Zhou Xun (周迅), Zhao Wei (趙薇), and Zhang Ziyi (章子怡). Since then, “Tencent’s Edition of Four Dan Actresses” and “Southern Capital’s Four Fadans” were revealed. Most recently, Zheng Shuang (鄭爽), Zhou Dongyu (周冬雨), Guan Xiaotong (關曉彤), and Yang Zi (楊紫) were chosen as the “Four Dan Actresses Born in the 90s”.

Of course, Hong Kong also has these famous labels, of which the “Four Heavenly Kings” is the most famous. In 2000, TVB also had four great fadans consisting of Ada Choi (蔡少芬), Jessica Hsuan (宣萱), Flora Chan (陳慧珊), and Kenix Kwok (郭可盈). And if TVB were to have its own “Four Fadans Born in the 90s”, there are four who can make that list. There are also four additional strong competitors who could catch up at any time. 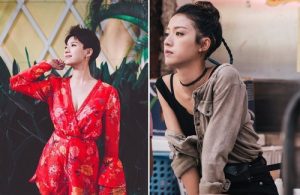 It can be said that the 29-year-old starlet, who was born in 1991, is TVB’s most heavily promoted 90s baby artist. After getting rid of all her rumors and improving her acting, the audience began to acknowledge her skills. In recent years, many of her performances in notable dramas have been well received. She is certainly eligible to be one of the “Four Fadans.” 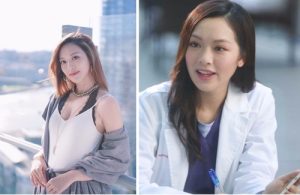 Born in 1994, the 25-year-old Crystal mainly focuses on variety shows and hosting. But lately, she has been receiving more and more drama opportunities, and she was cast as the female lead for the first time in upcoming TVB drama Al Cappuccino <反黑路人甲>. It’s safe to say that the company is heavily promoting her, and her career is on the rise. 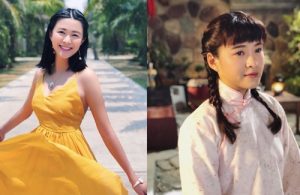 Kaman was also born in 1994 like Crystal. The 25-year-old actress began acting at a young age, but she received even more opportunities after joining TVB. However, she was temporarily frozen by TVB for filming with ViuTV. Recently, she landed her first female lead role with the upcoming drama, Brain-Eating Zombie <食腦喪B>. 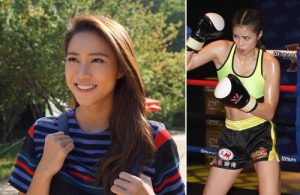 Currently 22 years old, this 1997 baby started her career in the entertainment industry earlier than most people. Tiffany joined TVB at the mere age of 17 after competing in the Miss Hong Kong Pageant. She was arranged to be the third main actress in the TVB anniversary drama, Brothers <兄弟> once she signed with TVB, so choosing her as the fourth member of “Four Fadans Born in the 90s” is correct. 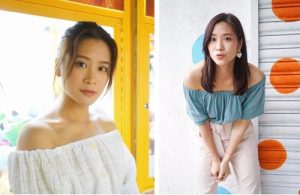 Although 27-year-old Iris did not make the cut, she’s a strong competitor. Born in 1992, Iris gained popularity through the TVB sitcom, Come Home Love: Lo and Behold <愛·回家之開心速遞>. In the past two years, she was offered more and more opportunities to participate in dramas. She played Kristal Tin’s (田蕊妮) daughter in Girlie Days <她她她的少女時代>, and they even had a fight scene. Popular with viewers, netizens expressed Iris is very “girlfriend able.” 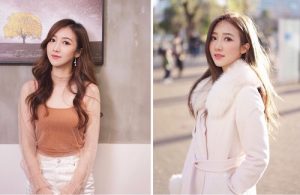 Regina, 26, was born in 1994. She has not had much of a chance to act, but TVB is cultivating for her to become the new generation of emcees. She has appeared in Sidewalk Scientist <學是學非> and many big shows. After she wins more viewers’ hearts, TVB will cast her in dramas, and she will become an amazing artist. 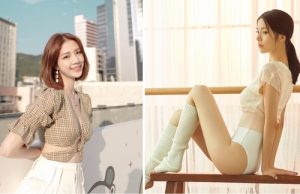 Born in 1994, Hera is currently 25-years-old. She is playing the second female lead in her first-ever drama On-lie Game <迷網>. Compared to Tiffany, Hera’s opportunity came at a quicker rate. Perhaps TVB can see Hera’s potential. 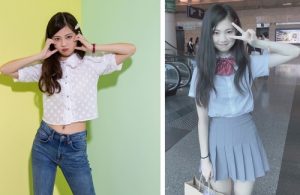 Although she is not a TVB artist, but a Shaw Brothers artist, she has participated in a lot of TVB works. She has always received training in acting, which is rare for an actress in TVB. Except for the one year of TVB training class provided for new artists, TVB has no other training available. On the other hand, Mainland China has many artists who studied acting.