Vanness Wu on F3 Not Attending His Wedding 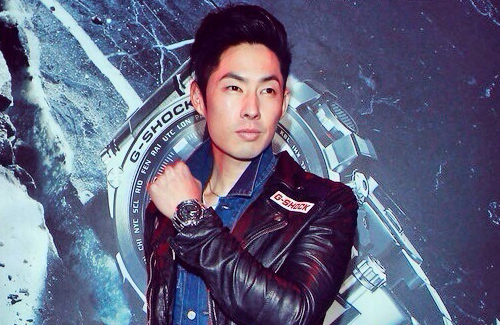 Vanness maintained a low profile after the wedding and stayed out of the spotlight. On December 10, the actor and singer made his first appearance at public event in Taiwan. Vanness happily shared his thoughts on post-marriage life, and the former F4 member, who once claimed to be a born-again virgin, exclaimed happily that he finally “turned the engines on” during his marriage night.

Asked if he and Arissa are planning to have any children, Vanness said, “That’s definitely going to be part of the plan, but I want things to naturally take its course. We are married, so there’s no need to wait that long, but I hope to first better grasp our tacit understanding of each other before starting anything else.”

Though Arissa is currently staying in Taiwan with Vanness, he regrettably explained that he never had the time to take Arissa around, but she did resort to spending more time with their two dogs. “She takes care of them really well and I am very thankful,” Vanness said with a smile.

Vanness did not invite many close friends in the industry to attend his wedding, not even his F4 members Jerry Yan (言承旭), Vic Chou (周渝民), and Ken Chu (朱孝天), implying that the trio were too occupied with their schedules. However, Vanness did invite Elva Hsiao (蕭亞軒), who performed before the couple and their guests at the wedding banquet.

Asked if Vanness plans to hold a second wedding for his friends in Taiwan, he immediately said, “Doesn’t that seem a bit too much? It’s tiring!” However, he added that they would be holding another banquet in Singapore, and said, “If they are good friends they will understand no matter what and will come to wherever it is being held.”

22 comments to Vanness Wu on F3 Not Attending His Wedding