Since 2010, Cecilia Cheung (張栢芝) was widely credited as box office poison as her films all flopped in terms of sales. However, fans can finally see Cecilia in a television drama again as her new Mainland series Love Won’t Wait <如果，愛> is slated to premiere in May.

Starring in her first drama since 2008’s The Wandering Songstress <天涯歌女>, Love Won’t Wait depicts the story of a woman who suffers the death of her child. In turn, she receives the cold shoulder from her husband and mother-in-law. Deciding to escape her cruel fate, Cecilia leaves her toxic family behind and attempts to find a new road to happiness.

While the drama does not directly point fingers at her previous relationship with Nicholas Tse (謝霆鋒), many netizens read between the lines and believed the story was somewhat loosely based on her failed marriage with the actor.

As one of the producers on the show, Cecilia hopes to make a breakthrough with her role and to leave her “box office poison” title behind. More worried about her Mandarin pronunciation the most, Cecilia ensured she paid extra attention to the voice dubbing.

With Taiwanese super star Vanness Wu (吳建豪) as Cecilia’s emotionally abusive husband, fans can expect many heart wrenching moments when the drama airs on May 22. 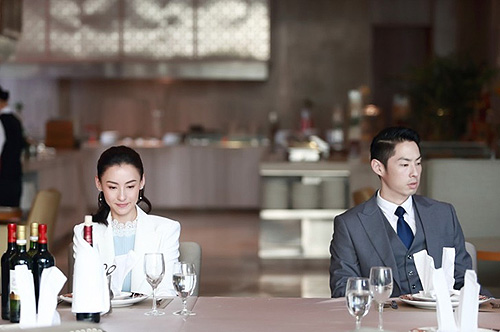