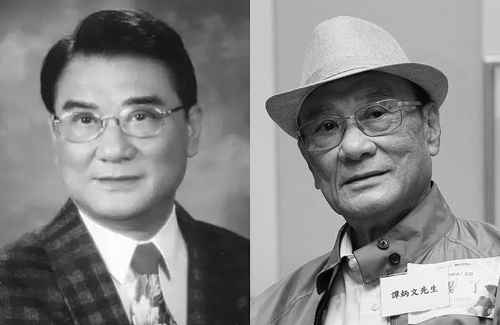 Veteran actor, Tam Ping Man (譚炳文), who was known for his appearances in classic dramas and prolific voice acting works, passed away from lung cancer yesterday. Diagnosed with cancer only three months ago, the actor’s health quickly deteriorated and he had experienced breathing difficulties before his passing. The 86-year-old actor’s sudden death came as a shock to the Hong Kong entertainment industry.

A well-respected actor who had over 60 years of experience, Tam Ping Man got his start as a voice actor in the 1950s and was the voice of hundreds of characters. Joining TVB in 1968, Tam Ping Man was a prominent cast in variety show Enjoy Yourself Tonight <歡樂今宵> and appeared in many classic dramas such as The Good, The Bad, and The Ugly <網中人>, The Seasons <季節>, Can’t Buy Me Love <公主嫁到>, and Heart and Greed 3 <溏心風暴3>. 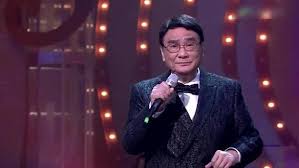 Passionate about his work, Tam Ping Man had renewed his voice acting contract with TVB in May before getting diagnosed with cancer in June. His daughter, Tam Suk Ying (譚淑瑩), indicated that he would had loved to continue working, “His mind was clear and he listened well to what we said. Only his movements declined. He told us his last wishes beforehand, and he was well prepared.”

When asked if Tam Suk Ying had any regrets, she replied, “I regret not filming a drama series with him before. We said we would film Come Home Love: Lo And Behold < 愛·回家之開心速遞>, but we never got the script.”

Speaking about her father’s last moments, Tam Suk Ying’s shock and grief are evident. “It was so sudden. I was not prepared. He initially complained about pain in his bones, so we took him to an orthopedic doctor and discovered his cancer had spread.”

Recalling how his father made weekly visits to the hospital and bravely fought cancer until the end, Tam Suk Ying shared, “Despite his old age, he was able to go to Mary Hospital for electrotherapy and didn’t have any more pain after his treatment. It however negatively affected his ability to move, and he needed time to recoup.”

Though doctors pronounced Tam Ping Man could return home after his latest hospital treatment, he had sudden breathing difficulties that evening around midnight. Rushed to the emergency room, Tam Ping Man’s situation was unsteady before finally slipping away. His daughter said, “At 7 a.m. in the morning, they said his breathing was ragged and told us to come right away. It’s too sudden and I cannot accept it. I thought he could live for a least a year or two, or maybe even a few months.”

The actor’s family is making funeral arrangements at this time. While Tam Ping Man was still alive, he had purchased a burial site in Canada and wished to be buried there after death. However, the family is having difficulties transporting his body overseas due to the ongoing pandemic, “We need to understand the details first. If we cannot [take his body to Canada], he will be cremated in Hong Kong.”