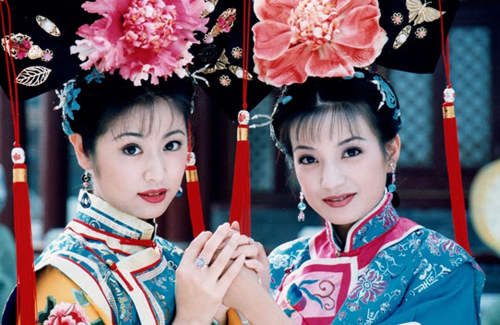 For two years, rumors have spread that Alibaba Pictures has been planning a movie adaptation of Princess Returning Pearl, which was itself based on a novel by writer Chiung Yao (瓊瑤). The production company recently announced that the project was finally being launched – and that the movie would not be live-action but rather an animated film.

“It would be too difficult to find another Little Sparrow,” explained Alibaba CEO Zhang Qiang (張強), referring to the leading role portrayed by Vicki in 1998 and by mainland Chinese actress Li Sheng (李晟) in the 2011 remake of the drama. “No one would be able to surpass the original.

“It’s different if we make an animated film,” he went on to say. “We can create an entirely new animated version of Little Sparrow.”

Vicki has been tapped to serve as the film’s director, having graduated with a directing degree from the Beijing Film Academy in 2012. Her directorial debut, So Young <致我們終將逝去的青春>, was released in theaters two years ago.

Thus far, Alibaba Pictures has not published any further information regarding when the film will begin production or when it is scheduled for release. Nor is it known whether the cast from the original drama, which includes high-profile actors Alec Su (蘇有朋), Ruby Lin (林心如), and Fan Bingbing (范冰冰), will be involved in the animated movie adaptation.