A co-production between ViuTV, One Cool Film, and Media Asia, Who Sells Bricks in Hong Kong stars Ng Siu-hin (吳肇軒), Fish Liew (廖子妤), and Tony Wu (胡子彤), and follows the journey of renovation worker Ling-wu Fei who finds himself stuck in working for real estate as he attempts to pursue an estate agent. Along with a team of unlikable heroes, Fei makes it his mission to stop a real estate giant from redeveloping an old neighborhood.

Fish Liew chopped off her long hair to play a trans man on the show. She said in an earlier 2019 interview, “It’s an undercut, and I’ve never had my hair this short before. I didn’t mind it at all. The hair can always grow back.” 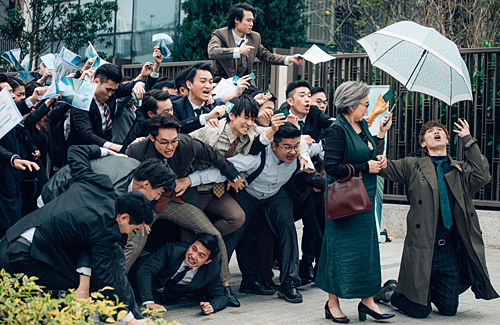