Wayne Lai Comments on the State of Democracy in Hong Kong 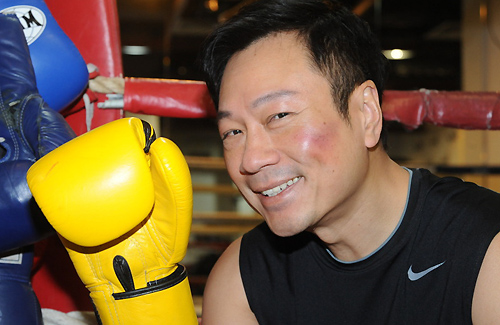 Wayne Lai (黎耀祥) has a history that many Hong Kongers will be able to identify with. Like many Hong Kong baby boomers of his generation, Wayne’s parents were not rich, and struggled to make a living in Hong Kong as first generation immigrants from mainland China. But unlike many of his fellow baby boomers, Wayne takes pride in his humbles roots, and despite Hong Kong’s turmoil political environment, he has no plans to emigrate. He never even thought about it.

Wayne said, “Hong Kong is my story and my past. Think about it. What else does a human have besides his own past?” Wayne believes that people are often surrounded by the best in life, but few learn to recognize and appreciate it.

When the Hong Kong government rejected HKTV’s free-to-air television license, the public began to question Hong Kong’s autonomy. Wayne admits that Hong Kong is not like how it used to be before.

“Democracy means that we have to respect everyone’s decisions. There are many things going around in society right now that makes people dislike the government, but if you think more about it, are we actually doing worse compared to when we were still ruled by the British? We didn’t have anything then. We couldn’t even assemble rallies. The British only created a façade of freedom for us, but not a lot of people seem to understand that.”

As Hong Kong’s three-time television Best Actor, Wayne said he dedicated his entire life into his craft, but the Rosy Business <巾幗梟雄> star did not debut as a TVB actor, but as a TVB clerk. In 1983, Wayne was recruited to work as a clerk in TVB’s business department. With a love for acting and performing, Wayne took brief acting classes by the Little Sun Culture Center in 1985. There, he was spotted by producer Lee Tim Sing (李添勝), who recommended him to audition for TVB’s 1st acting class of 1985. Kathy Chow (周海媚) was Wayne’s classmate.

In a blink of an eye, the 49-year-old Wayne realized that he had spent over twenty year of his life acting. These were years that cannot be retrieved, and Wayne has come to realize that he has never really “lived.” Seeing his colleagues pass away also made Wayne realize how fragile life can be.

Wayne has not had a decent long vacation in ten years. Through a recent family trip to Tokyo, Wayne realized that enjoying family life is just as important as enjoying his job. “I really don’t want to have memories of only the film studio on the day that I die.”

Acting is no longer a stressful challenge for Wayne, but what about his role as a father in real life? “The set of values we had back in the day cannot be applied today anymore. We are in a new materialistic era and we cannot deny it. I cannot tell my son that having none of that means he’s morally right. Back in the day, only 3 out of 40 people could wear Adidas shoes. Now, it’s 3 out of 40 people who don’t have them. I focus on teaching my son how to choose and think.”

Wayne added that he does not plan on saving any inheritance for his son. “We spend a majority of our money in our lifetime anyway. If he is a capable man, then he wouldn’t need my help at all. My role as a father is not to provide him money, but to cultivate him into someone who is capable to survive. That is my inheritance to him!”