Based on the novel of the same name, Winter Begonia is set during the mid-1930’s in Bejing, about a young businessman and a cross-dressing kunqu performer who put their dreams on hold to serve their country in the Second Sino-Japanese War. The drama stars Huang Xiaoming (黄晓明), Yin Zheng (尹正), and Charmaine Sheh (佘詩曼), who plays Xiaoming’s wife, a character written for the television adaptation.

After over four months of filming, Charmaine confirmed that production has wrapped up last weekend. Charmaine shared on social media that she had just completed the drama’s final scene, and shared pictures she took with the cast.

“Time flies by fast,” wrote Charmaine on Sunday. “Four months have come and gone. Yesterday was Winter Begonia’s last day, shooting the drama’s very last scene. We did the scene while listening to the show’s soundtrack, and though it snowed, everyone finished the final scene with deep emotions. I am grateful for everyone’s love. We’ll see each other again.” 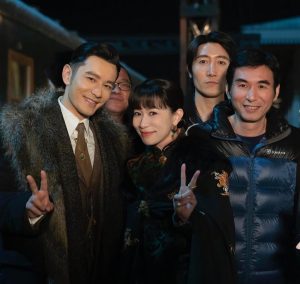 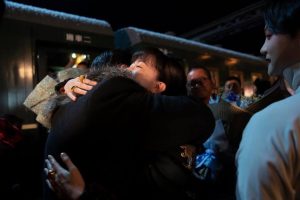