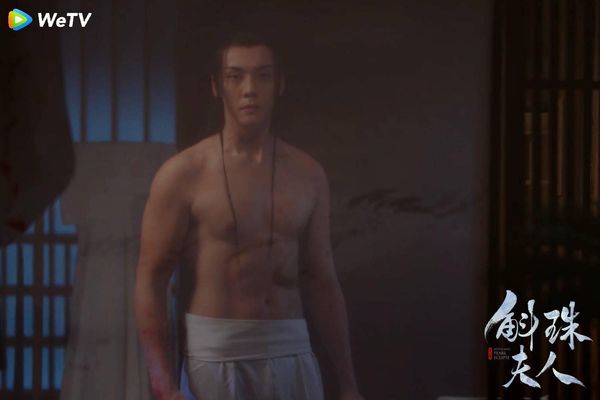 In the drama, Yang Mi disguises as a man and becomes William’s disciple. Over time, she begins to fall for him. In one scene, she boldly enters William’s room unannounced, only to see him in a state of undress. Blushing and with her heart fluttering, Yang Mi quickly retreats. That night, she dreams of kissing William and is unable to stop herself from thinking about him. In order to help squelch her inappropriate thoughts, she immediately starts copying scriptures 200 times. The endearing scene is both heartwarming and comedic.

Because Yang Mi is always portraying womanly and gentle characters, this role in Novoland: Pearl Eclipse is a refreshing change as she is disguised as a man. However, the armor she often wears while filming in the hot weather had caused her to have a rash.