On November 29, Wuxi’s Health and Family Planning Bureau announced on their official Weibo page that they are currently in the process of investigating Zhang Yimou (张艺谋) for flouting China’s One Child Policy.

In an official letter issued by Zhang Yimou and his reps, which was posted on the official Weibo page of Zhang Yimou Studios on December 1, the filmmaker admitted to having three children – two sons and a daughter – with his wife, Chen Ting (陈婷). Their two sons and daughter, respectively born in 2001, 2004, and 2006, were born out of wedlock. Zhang Yimou and Chen Ting did not register for marriage until September 2011.

Although Zhang Yimou and his family are registered as permanent residences of Wuxi, the family does not live in Wuxi in the long-term.

Zhang Yimou and Cheng Ting stated that they will be cooperative with the authorities and will provide all necessary information for further investigation. He also refuted the media’s claims of him having seven children with several women, stressing that he only has three children. He ended the statement by apologizing to the public for violating the policy and for the negative consequences that came with his actions.

Breaching the One Child Policy can result in a fine up to 160 million RMB, as well as the need to pay a social compensation fee derived from their annual income. Zhang Yimou and Chen Ting stated that they are willing to accept the penalty. The family planning authorities also reported that Zhang Yimou and Cheng Ting are cooperative in the investigation, but the office did not provide any details on how the couple managed to evade the policy.

The controversial One Child Policy was first introduced by China’s Communist Party in 1979 as an attempt to curb mainland China’s growing population. The policy states that urban couples are only allowed to have one child, while rural families are allowed to have two children if their first-born is a girl. Last month, the government announced that it would allow any couple to have two children if one of the parents is a single child. 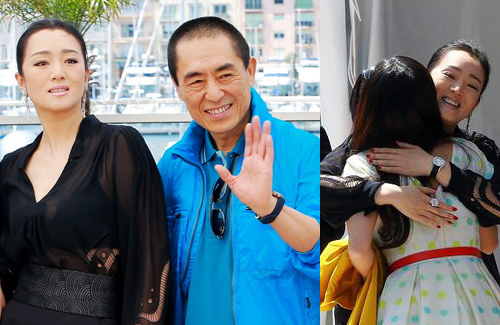