Starring Zhao Liying (趙麗穎), Dong Zijian ( 董子健), and Xiao Yang (肖央), mystery thriller Who is the Murderer < 誰是兇手> was on many fans’ to-watch list as they expect to see a new side of Liying. However, before first impressions of the series even got the chance to roll in, plagiarism allegations cropped up that its promotional poster copied Japanese law drama Legal High.

Looking at posters for both dramas, it is apparent that the composition and actors’ poses looked almost identical besides the slight tone difference. While it was not the same in every detail, no doubt reference from the original Japanese production was taken. 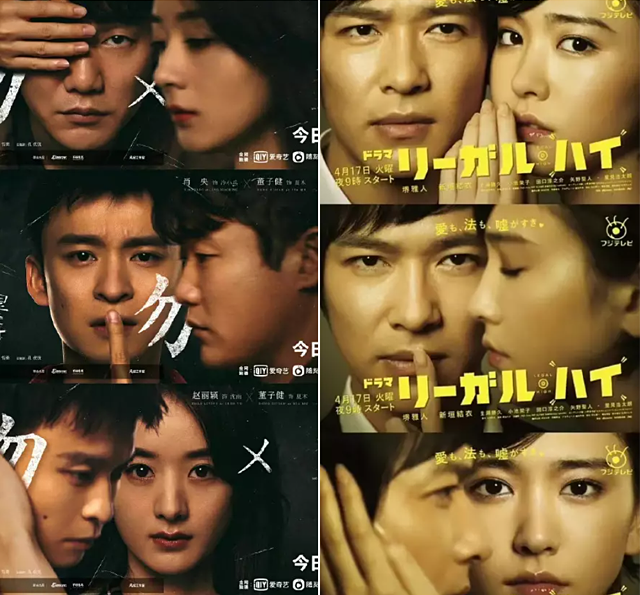 As netizens questioned the similarities, Who is the Murderer’s production unit quickly apologized and clarified that “it was unintentional,” before deleting the poster version across all communication channels.

The poster design company also apologized, “We decided the design direction after an overview of the plot, which suggested the complicated relationship between the three main characters. The idea was based on the Analects of Confucius Yan Yuan where one does not see evil, hear no evil, and speak no evil. While entirely unintentional, we will still not shirk any responsibility.”

Although focus should be centered on the storyline, discussions revolved around the accused act of plagiarism instead. The controversy became one of the hottest searches on Weibo, where more than 13 million people were talking about the topic.