Popular stars, Zhao Lusi (赵露思) and Leo Wu Lei (​​吴磊), are sending fans into frenzied excitement with their appearance at the booting ceremony for their upcoming historical romance, Love Like the Galaxy <星汉灿烂>. The drama is based on a trending novel of the same name written by Guan Xin Ze Luan (关心则乱), who also wrote the novel of The Story of Minglan <知否应是绿肥红瘦>.

As previous co-stars on The Long Ballad <长歌行>, Lusi and Wu Lei shared very few scenes yet looked striking together when they were in the same frame.  Reunited in another Tencent production, they are expected to have a lot of potential promise for generating sizzling chemistry in Love Like the Galaxy.

Known for their cheerful personalities and passion for their roles, Lusi and Wu Lei energized the crowd with their charms at the booting ceremony. They looked comfortable without any makeup in their simple black t-shirts, blue jeans, and hats.

However, Lusi seemed very tired and worn out, as she had been filming dramas back-to-back from A Female Student Arrives at the Imperial College <国子监来了个女弟子>, Who Rules The World <且试天下>, and Republican drama Hu Tong <胡同>. It had only been a few days since she wrapped up filming for her previous project, but the actress tried to keep herself spirited to celebrate the start of Love Like the Galaxy. 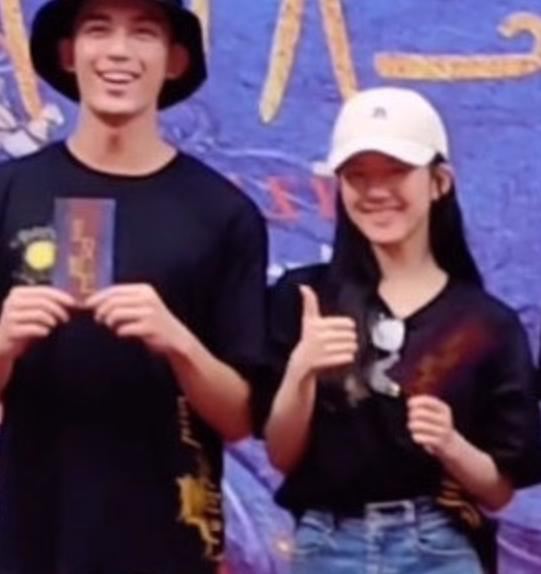