Anthony Wong Promises to Stay Calm When Dealing with TVB 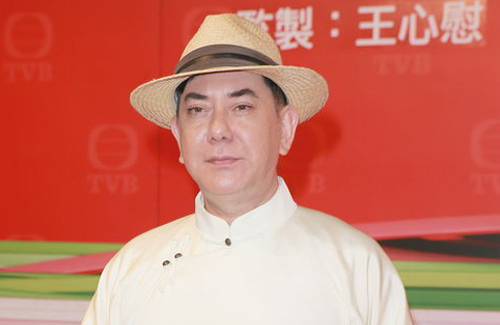 This month, the cast of Lord of Shanghai <梟雄> went to Shanghai to film on location. A few days ago, the cast filmed a scene which involved Eddie Kwan (關禮傑) getting run over by a car. Eddie did the scene without the help of a stunt double, earning praises from costar and Film, King Anthony Wong (黃秋生).

“Eddie Kwan is no joke!” exclaimed Anthony. “He did the wire-stunt work all by himself. After all, he’s not young anymore. After several takes of flying, his face still remained untroubled. He is really good at [stunts]. When I go back home, I need to practice some more!”

Earlier, it was reported that Anthony was angry with TVB’s sub-standard hotel arrangements while filming on location, but in a later interview, the award-winning actor said TVB’s arrangements have improved. He expressed that he will face future problems with a calm heart. “Small problems are bound to come up again, but we will solve them with a calm mind and peaceful heart.”

Anthony said there was one incident where he spent over twenty minutes trying to search for the filming location and no one picked up their phones when he called for help. “The next day, I received seven maps. I had so many I could pass them out to people! I’m fine. I’m not here to make trouble. The basic conditions I required earlier have been solved. I hope filming will continue to go smoothly and we can leave for home by late October.”

TVB executive Catherine Tsang (曾勵珍) and actress Helen Ma (馬海倫) visited the set to watch Kent Tong (湯鎮業) and Alice Chan’s (陳煒) wedding scene a few days ago. Asked if the executives came to appease him, Anthony said, “The executives did visit, but I was too busy filming, so I didn’t care. There isn’t enough staff for the location team, so problems will arise. There’s no use to get angry over it. I’m actually more worried about [producer] Amy Wong (王心慰). She is under a lot of pressure. Her face is scrunched up like a dried plum! I hope she finds time to relax!”