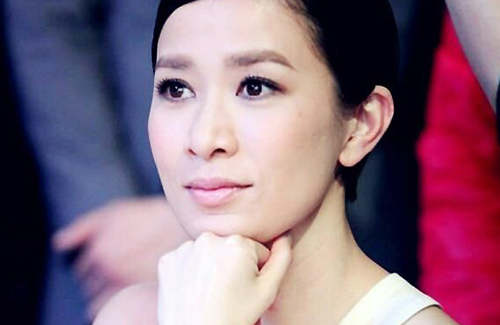 Since leaving TVB in 2011 to focus on her career in mainland China, Charmaine Sheh (佘詩曼) has received numerous offers from rival TV stations. HKTV’s Ricky Wong (王維基) attempted to entice Charmaine earlier with a high salary offer, but the deal was ultimately rejected. It appears that pay-television station now TV is also trying to recruit Charmaine to star in its upcoming palace drama, offering TVB’s former “Top Sister” $120,000 HKD per episode.

A collaboration between now TV and mainland station Huace Film & TV, Han Empress Wu Zi Fu <大漢賢后–衛子夫> is a 40-episode grand production headed by former TVB producers Lau Ka Ho (劉家豪) and Mui Siu Ching (梅小青). The husband-and-wife team was responsible for popular TVB dramas Can’t Buy Me Love <公主嫁到>, Beyond the Realm of Conscience <宮心計>, and Heart of Greed <溏心風暴> among many others. Han Empress Wu Zi Fu will star artists from China, Hong Kong, and Taiwan, and will begin filming in May and scheduled to air during Spring Festival next year.

Recent reports claimed that Charmaine is in discussion with now TV to star in the station’s first official production. Charmaine is supposedly willing to film for a lower salary to repay good friends Lau and Mui for their roles in Charmaine’s career success. Currently earning 200,000 RMB per episode in mainland China, Charmaine will be taking a 40 percent pay cut should she agree to film at the proposed “friendship price”.

Lau Ka Ho and Mui Siu Ching attended a press conference on Tuesday, March 26 to discuss their first major contribution as now TV’s Production Department President and Vice President. Now TV executive Ho Lai Chuen (何麗全) refuted the rumors, stating that $120,000 HKD is not enough to invite a popular star such as Charmaine. When asked whether he had invited Charmaine to film for this project, Lau admitted that he had spoken with Charmaine but that he had also discussed this opportunity with many other artists. Lau Ka Ho added that they are currently considering mainland actresses to lead the drama.

Lau further stated that although Charmaine is unable to film for them at the moment, there remains a possibility that she will collaborate with them in the future.

10 comments to Charmaine Sheh May Film for now TV?