Finale Spoilers for “Always and Ever” Revealed 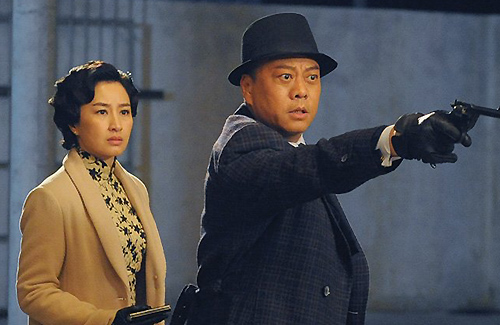 Spanning three lifetimes and reuniting Bobby Au Yeung (歐陽震華) and Esther Kwan (關詠荷) after a ten-year gap, Always and Ever <情逆三世缘>, will airing its finale on September 20. Although their characters could not be together in the Sony Dynasty and the 1950s era, the couple will have a happy ending in the finale.

Bobby’s character will travel from the 1950s to the present time. One day while visiting Ngo Ka Nin (敖嘉年) at the Senior Folk’s Home, he met his biological mother, played by Rebeca Zhu (朱晨麗). As a result, he dashed across the road but was knocked down by a car. When he awoke, he found a mole on his body and there was a constant voice in his head asking him to kill Esther, whom he mistakenly thought was his enemy. This was planned by Cheng Tse Sing (鄭子誠) who appeared in the first episode as the ring leader of a syndicate. It was revealed that Cheng Tse Sing was actually Mandy Wong’s (黃智雯) son. In order to help his mother exact revenge, Tse Sing drugged Bobby, making him think that he was Esther’s enemy.

At the moment when Bobby wanted to kill Esther, Ka Nin stepped in and rescued her. Before Ka Nin passed away in the hospice, Rebecca turned up and together, they shared a dance, finally fulfilling Pierre’s last wish. This scene greatly touched their son, Bobby.

In the following scene, Bobby tried to kill the malicious Mandy but Esther came forward to take the bullet instead. This dispelled the hatred Mandy had for her sister. Fortunately, Esther was saved and she accepted Bobby’s proposal. After the couple got married, they had a baby who looked exactly like Bobby!

27 comments to Finale Spoilers for “Always and Ever” Revealed