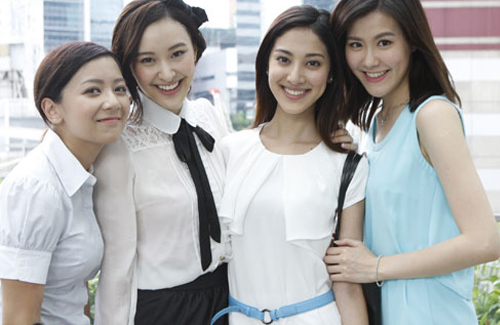 The Miss Hong Kong 2014 Pageant recently held first-round interviews for its new contestants, and Grace was asked if she has been keeping up with the news. She said, “Yes! I think they’re all very beautiful. I hope they did well in the interviews. As long as they’re prepared they will do okay!”

Has Grace recommended any of her own friends to compete for this year’s pageant? “Many of my friends are either studying or are overseas. However, I asked my friends’ friends if they’re interested. I hope to see more people learning from these opportunities.”

Aside from her acting projects, Grace is also busy with her obligations as the current Miss Hong Kong winner. “I’ve accommodated to my career well,” she said. “This year came by really fast because I was offered many jobs and was given many challenges. I also went through a lot – some were happy, some weren’t, but through these unhappy experiences I was able to learn a lot.”