The trailer of Police Boundaries starts off with plainclothes detective, Lawrence Chou (周俊偉) following the trail of a gang of thieves, played by Lau Kai Chi ((廖啟智), Annie Liu (廖安麗) and Philip Keung (姜皓文). While investigating, Lawrence realized that the bullet fired by a sniper from the gang resembled that of a shootout a year ago. That made him anxious to find out the identity of the sniper. The latter part of the trailer showed Lawrence in a piano recital. Though he was initially impatient and wanted to leave the place quickly so that he could continue to investigate the case, he was stopped in his tracks. While looking at his son, Zun Zun playing the piano, he was reminded of the incident a year ago.

Lawrence had left his son at the back seat of the car while he walked across the street to buy flowers for his wife. A shootout happened between a gang of thieves and two policemen around the car Zun Zun was in. While trying to shoot down one policeman, the sniper, played by Dominic Lam (林嘉華) accidentally shot the rear window of the car and the bullet hit Zun Zun’s leg. Fast forward to present day, Zun Zun was seen carried into a wheelchair by his teachers after his piano performance. When the camera panned to Lawrence who looked on sadly at his son, Dominic appeared innocently by his side.

The atmospheric trailer was filled with scenes of car drifting and shootout actions. Police Boundaries is by former TVB producer, Chu Keng Kei (朱鏡棋). The first episode will be a movie that sets up the scene and the story will continue on in TV series format in the remaining 20 episodes. 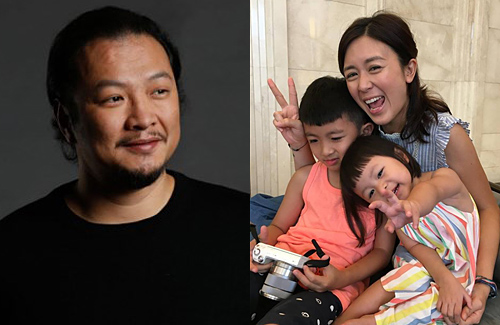