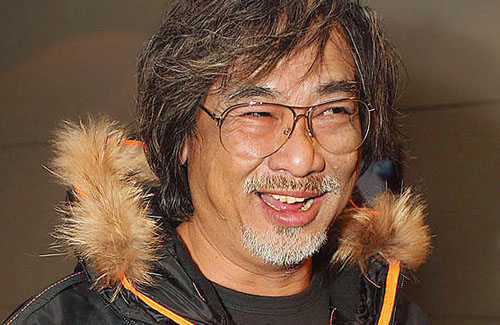 Amidst a television industry that feeds on older housewives as its main audience, the dark and provocative productions of TVB  producer Jonathan Chik (戚其義) noticeably stand out from the family-friendly crowd.

Jonathan produced his first television drama in 1991 and his first TVB television drama in 1994. The golden producer has produced a variety of different television dramas throughout his 20-year TVB journey, including police procedural dramas, family sagas, medical dramas, period dramas, fantasy dramas, psychological thrillers, and comedies. He explored cannibalism in When Heaven Burns <天與地> and played on the state of mind in Master of Play <心戰>. There are no boundaries to where Jonathan’s creative mind can reach.

The legendary producer’s last drama with TVB, Beauty at War <金枝慾孽貳>, introduces yet another refreshing topic to the Hong Kong audience – gossip. Beauty at War, a sequel to Jonathan’s 2004 palace drama War and Beauty <金枝慾孽>, sends a message to viewers that gossip and rumors, as harmless they may seem, can actually inflict injury and abuse on anyone who falls victim to hearsay.

“The first installment talked about women competing for power. The focus of this installment puts strength on the power of human relationships, and the gossip that surrounds it.”

There is always more than one pressing theme in Jonathan’s productions. Besides cannibalism, When Heaven Burns also dabbed on music and commented on Hong Kong’s dying democratic society. Master of Play, though primarily a psychological thriller, also added elements of serial killing. Cold Blood Warm Heart <天地男兒> had elements of both crime thriller and family drama. For Beauty at War, Jonathan chose to explore the art of kunqu opera as a side-theme.

“During [Qing Dynasty] times, the easiest way for women of the Forbidden City to approach real men is through opera actors, which is why I decided to incorporate elements of kunqu into the drama. I did spend a lot of effort in the story. I was not familiar with Beyond’s music, but I added that into When Heaven Burns. Similarly, I did not understand kunqu, so I did a lot of cram studying.”

Known for making dramas that challenge the borders of modern Chinese idiosyncratic realities, Jonathan also credited his scriptwriter, Chow Yuk Ming (周旭明), for being “the brain” of his projects. “We like to use different lines of thinking and present them through the philosophies of different people. For example, in Master of Play, we played around the idea of split personalities. The point of it is to show that a single matter can be seen in many different ways.

“I never cared if the audience liked [my productions] or not, but I do want to give you more options to choose. The problem is, do you have the patience to accept new things?”