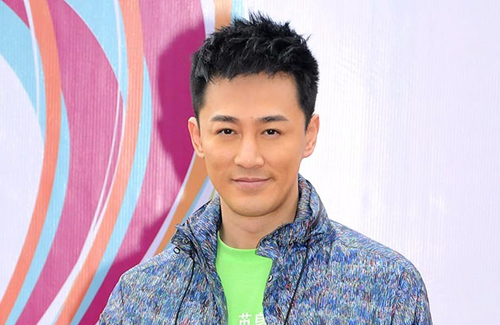 Since leaving TVB, Raymond Lam (林峯) signed a multi-million dollar contract with Emperor Entertainment Group (EEG). Since he is no longer a TVB contracted artiste, it came as a surprise when Raymond’s performance in Line Walker <使徒行者> was nominated for Best Actor in the upcoming 48th TVB Anniversary Awards. Since the Best Actor will be selected through audience votes as well as TVB’s judging panel, Raymond does not think he will win. He will also not attend the awards ceremony on December 15.

With the exception of last year’s TV King, Dayo Wong (黃子華), TVB usually awards its own contracted artistes. Since mid-July, TVB has looked towards other actors such as Ruco Chan (陳展鵬), Kenneth Ma (馬國明) and Edwin Siu (蕭正楠), to replace Raymond.

Admitting defeat already, Raymond expressed, “I don’t really have confidence and I know my chances aren’t big. I think other nominees have greater chances. No, it’s unrelated [to not being a contracted artiste]. My performance has room for improvement. I have to work in Mainland China on the day [of the 48th TVB Anniversary Awards], so I will likely not be able to attend.”

After Raymond’s departure, it is speculated that many of TVB’s existing artistes will also be following suit. Linda Chung (鍾嘉欣) was rumored to be unhappy after losing TV Queen to Kristal Tin (田蕊妮) last year. Ron Ng (吳卓羲) and Wong Cho Lam (王祖藍) are reportedly planning their exits once their contracts end to pursue higher salaries outside the station.

Denying that Ron and Cho Lam’s decisions were influenced by his own departure, Raymond believes that everyone will make their own decisions based on their timing and reasons.

Prior to signing a full-time contract with EEG, Raymond had already collaborated with the entertainment giant on his music albums and concerts. Although Raymond never confirmed the price of his new contract, he is very satisfied with his current work environment and friendly colleagues.