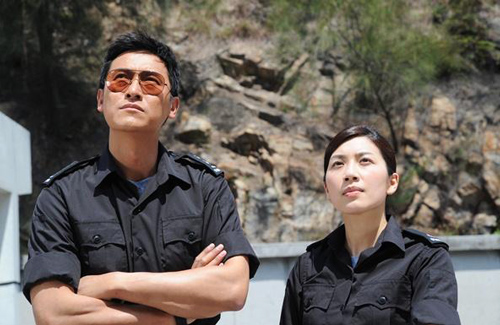 Under Joe’s continual leadership in the SDU team, Him, Oscar, and Mandy all get along very well and tackle many tough challenges. Poon Tze Lung (Timmy Hung 洪天明) shakes up the team when he is introduced to the SDU team as their new commanding officer. Abiding by a different set of rules and possessing a different work mentality, Tze Lung’s arrival is not met with good reception and the entire A-Team has to learn to adapt and get along with their new boss.

While Joe was in an operation rescuing a hostage, he accidentally encounters Linda who is being hunted by the triad. Immediately impressed by Linda’s quick-wit and bravery, Joe aids Linda’s return to the Criminal Investigations Bureau once her undercover duties are over. Although they become romantically involved, Joe discovers that Linda has many hidden secrets.

At the same time, Joe’s career hits a bump when an operation fails that causes his teammates to question his leadership abilities. When the team dynamic falls apart and arguments ensue, Joe resigns. While Joe quits, it is finally revealed that Linda’s true intention was to figure out the mole that betrayed her years ago. Endangering the lives of many SDU officers, Linda abuses her status as a CIB officer to reach her goal.

Tiger Cubs 2 will premiere on October 19, promising more explosive action than its predecessor.

15 comments to Synopsis of “Tiger Cubs 2”