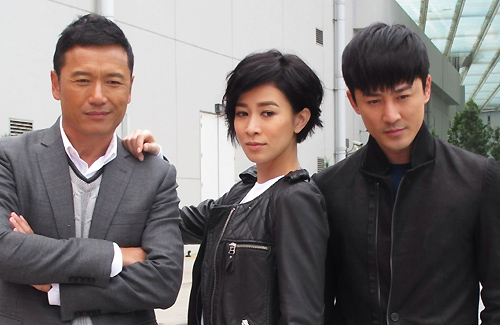 Chief inspector of Hong Kong’s Criminal Intelligence Bureau, Cheuk Hoi (Michael Miu), remains suspicious over his close colleague’s mysterious death. Adding to the enigma, he discovers that the five undercover agents who were in constant contact with his dead friend have all vanished. Since the agents possess top secrets relevant to the police force and society’s safety, Cheuk Hoi is determined to find them for some answers.

The first undercover agent Cheuk Hoi encounters is Ting Siu Ka (Charmaine Sheh), who appears to be the owner of a foot spa parlor. Siu Ka hopes to restore her true identity, and thus agrees that she will infiltrate the triads. She deliberately gets close to a popular member of a gambling group, Sit Ka Keung (Raymond Lam). The two later develop a whimsical relationship based on lies and deceit.

Just as Siu Ka is about to unravel the hidden truth, Cheuk Hoi suddenly orders her to halt the operation. Mok Sin Yan (Sharon Chan) from the Independent Commission Against Corruption bureau intervenes in the case instead. Cheuk Hoi is then introduced to Sin Yan’s elder sister, Mok Sin Ching (Elena Kong).

At the same time, the head of the triad group, Tam Foon Hei (Benz Hui) is released from prison. His assistant, Lin Ho Kan (Sammy Sum), catches Cheuk Hoi’s attention with his many tactics. Soon enough, the police and triad members are entangled within their game of cat and mouse in the fight for justice.