“The Hippocratic Crush 2” Does Not Live Up to Its Predecessor 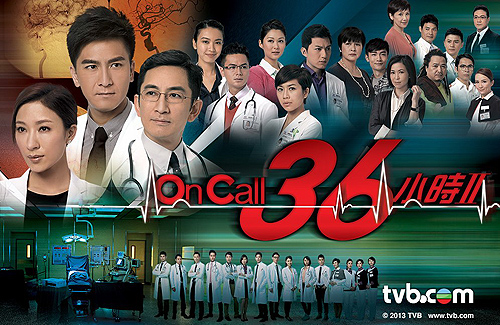 The Hippocratic Crush <On Call 36小時> was a big success last year, reaching 39 points at its peak and propelled Kenneth Ma (馬國明) and Tavia Yeung’s (楊怡) careers to higher ground. High expectations were set for the currently broadcast sequel, but viewers complained that the aired segment was outright boring, and were exasperated by the new additions to the cast and sloppiness in the script. In its first week of broadcast, The Hippocratic Crush 2 averaged 26 ratings points and peaked at 30 points, which was disappointing for an Anniversary drama.

Several details in the script were handled carelessly. For example, netizens pointed out that Kenneth’s character was riding a car from daytime in one location to nighttime in another. In an earlier scene, Kenneth was all fully wrapped up when he visited Tavia, who was quarantined because she was suspected of having a dangerous bacterial infection. However, he did not put on the most important item – a face mask. Netizens did not like the slack treatment in the details of the sequel.

Viewers were also unhappy with The Hippocratic Crush 2 aired in the 8:30 p.m. time-slot since gory details were sometimes shown, which were unsuitable for the younger viewers.

Tavia Yeung hopes that viewers will be more patient and give the plot time to develop. She felt that the new additions to the cast give the drama a more refreshing take. Will The Hippocratic Crush 2 be able to generate more enthusiasm in the upcoming weeks, or will fans of the first installment find other more exciting fare to watch?