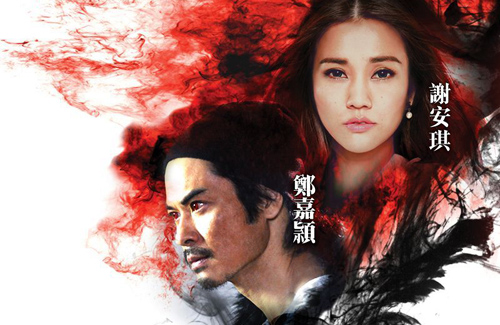 After getting struck by lightning during the The Great Vampire War, Ying Wuet Tseuk (Kevin Cheng) and his gang of thieves become The Undead, a race of immortal beings. For the next 500 years, Ying Wuet Tseuk kept his identity hidden and secludes himself in the city, spending sleepless nights managing a late-night food hall. Skilled in martial arts, Ying Wuet Tseuk also operates a martial arts training hall and accepts two disciples under his wing.

Ying Wuet Tseuk is in love with forensic scientist Lam Mung Nam (Kay Tse), a vampire who had her memories and powers completely sealed away. Unaware of her vampiric identity, her only remaining power is the ability to revive the dead for one minute. For years, Ying Wuet Tseuk stayed by her side silently, helping her piece memories back together one by one.

But nature is always working against them. The Vampires and The Undead are mortal enemies, and it is a sin for these beings to be together. Despite the obstacles, Ying Wuet Tseuk is still willing to sacrifice his life to save Lam Mung Nam. Hovering between the thin line of life and death, the star-crossed lovers discover a grave secret about their past—that the origin of The Vampire and The Undead is actually from the future.