Maggie Cheung Gives Up Acting for Film Editing and Music 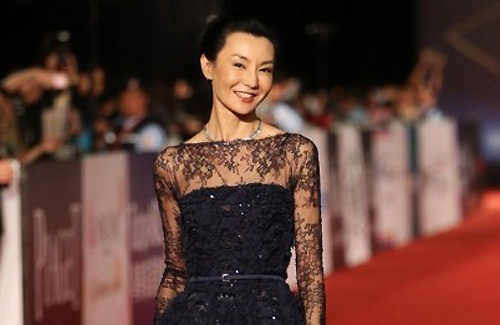 Those waiting for Maggie Cheung’s (張曼玉) return to the silver screen will have to settle for disappointment: the 49-year-old actress recently announced that she has no intentions of continuing her acting career and will instead be focusing on film editing and music.

“I no longer have that dream and don’t want to act in anything anymore,” Maggie shared at the Taipei Golden Horse Film Festival, where she was asked about her future acting plans.

“It is only nowadays, in my everyday life, that I feel I am beginning to be a good person,” she went on. “From ages 18 to 35, I didn’t have my own life and I didn’t know anyone outside of the entertainment industry. Everyone was flattering and protecting me. Only now do I know how difficult it is to be a good person, and I am learning how.”

Maggie shared that her two biggest hobbies right now are music and film editing, and she is also developing an interest in Buddhism. Though she is still learning how to edit films, she is eager to take on a behind-the-scenes position that will give her more control over the final product, since acting rarely allowed her the opportunity to do so.

“Actors are passive – we wait for calls to come in,” Maggie explained when talking about her 1991 film Center Stage <阮玲玉>, in which she was cast in the leading role because the original actress, Anita Mui (梅艷芳), was unwilling to travel to mainland China to film. Maggie later won a Hong Kong Film Award for Best Actress for the role, and currently holds the record for most wins and most nominations for that particular award.

Although Maggie enjoys reading celebrity biographies in her spare time, she has no plans to publish an autobiography. “I don’t think my story is worth talking about – there’s nothing special about it,” she said.

Maggie’s last film appearance was in 2010, when she appeared in Hot Summer Days <全城熱戀> and Ten Thousand Waves <萬層浪>. Although she has also cut down on the number of public events she has to attend, she decided to attend the Golden Horse Film Festival, which celebrates its 50th anniversary this year, after receiving an invitation from the executive committee.