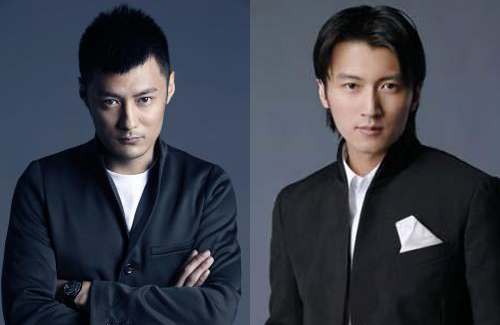 Cast changes are in store for the upcoming sequel to Wong Jing‘s (王晶) From Vegas to Macau <賭城風雲>. The casino-themed movie starred Chow Yun Fat (周潤發), Nicholas Tse (謝霆鋒), and Chapman To (杜汶澤). From Vegas to Macau ultimately pulled in over $35 million HKD in Hong Kong alone during its Lunar New Year release, successful enough to green-light a sequel.

It was recently confirmed by director Wong Jing that Nicholas Tse will not be returning for the sequel. According to media reports, Nicholas demanded 20 million RMB for the film, but Nicholas’ management EEG and the film’s studios failed to negotiate a satisfying contract price. In regards to the rumors that Nicholas was too expensive, Wong Jing said, “No. It has nothing to do with money. It’s just that the schedules couldn’t be coordinated, so we won’t be able to collaborate this time.” Wong Jing added that Shawn Yue (余文樂) may join the cast to play Chow Yun Fat’s new apprentice.

In addition to Nicholas, Chapman To will also not be returning. As a result, the story of Nicholas’ family will be written out from the sequel. However, original cast members Kimmy Tong (童菲) and Max Zhang (張晉) will reprise their roles.

Nick Cheung (張家輝) and Carina Lau (劉嘉玲) are new additions to the sequel. Nick will be portraying a troubled accountant, while Carina will portray Chow Yun Fat’s love interest.

From Vegas to Macau 2 is scheduled to begin principal photography in June. Filming will take place in Hong Kong, Macau, China, and Thailand.