Stephen Chow’s “Journey to the West” Soars to 1.2 Billion RMB 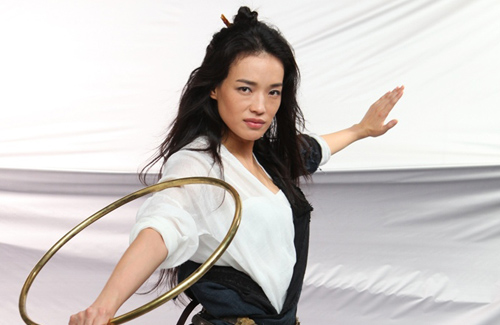 Stephen Chow’s (周星馳) Journey to the West: Conquering the Demons  <西遊：降魔篇> has grossed 1.2 billion RMB to-date, only steps away from becoming the highest earning Chinese film of all time and beating Lost in Thailand’s <人再囧途之泰囧> box office record of 1.264 billion RMB.

Journey to the West played to packed crowds every night since it was released in cinemas one month ago. It also became the fastest film to climb to earnings of 1.2 billion RMB.  It set the record for being the first Chinese language film in China to be ranked number 1 consecutively for 5 weeks, with no signs of its popularity slowing down.

If Journey to the West continues its record-breaking streak, it may even beat the all-time highest grossing film at the mainland Chinese box office– James Cameron’s Avatar, which earned 1.268 billion RMB.

What are the magic ingredients in making Journey to the West such a successful film? Did Stephen Chow find the box office panacea in Shu Qi (舒淇)? It is no coincidence that the A-lister has brought success to her previous films, If You Are the One <非誠勿擾>, Love <愛> and Tai Chi O <太極1>, which have raked in at least 10 billion TWD at the box office.

Whether it is Stephen Chow’s magic formula or Shu Qi’s charm that draws the crowds to the cinemas, Journey to the West is also bringing good fortune to its cast. One example is the “Four Beauties” who are often seen in the movie with Show Luo (羅志祥). The four actresses are now earning as much as 500,000 TWD for attending promotional events.

13 comments to Stephen Chow’s “Journey to the West” Soars to 1.2 Billion RMB