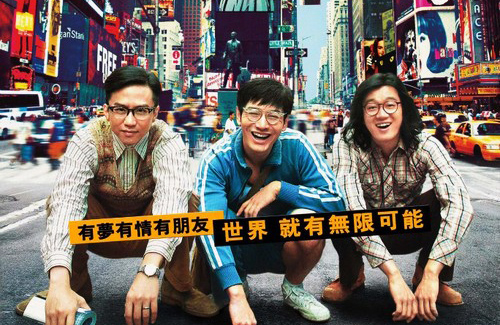 In its first week in theaters, American Dreams in China’s ticket sales took up 35 percent of the total weekly box office sales in mainland China, doing remarkably better than Lost in Thailand <人再囧途之泰囧> as well as Vicki Zhao’s (趙薇) directorial debut, So Young <致青春> in their first week at the box office. American Dreams in China did not have any strong competitors at the box office, since Iron Man 3 and So Young have already been in the cinemas for more than three weeks.

However, with the release of the long-awaited 12th installment of the Star Trek franchise, Star Trek Into the Darkness on May 28, it will indeed be an achievement if American Dreams in China continues to maintain its top position.

From last year’s CZ12 <十二生肖> and Lost in Thailand to this year’s The Chef, The Actor, The Scoundrel <厨子戏子痞子>, it appears that Chinese movie-goers are now more passionate about local-made movies, which cater to local tastes. For example, So Young, which is about a Chinese woman who reconnects with her college sweethearts, was on par in box office revenue with Iron Man 3 for several weeks.

While Iron Man 3 and The Croods managed to stay firmly on the box office charts, other Hollywood films did not. One such film is Quentin Tarantino’s violent slave revenge film, Djanjo Unchained. When it first opened in cinemas in China, it was pulled out immediately due to “technical reasons”. The movie’s re-release received lukewarm response, perhaps due to viewers may have viewed it through pirated means.