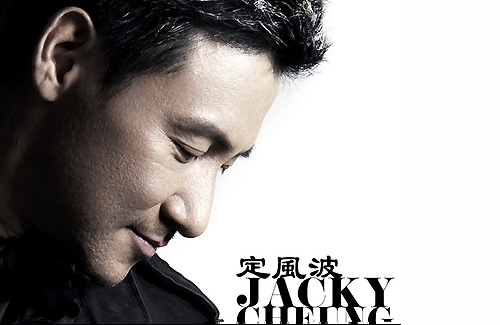 It is uncommon for the God of Songs, Jacky Cheung (張學友), to record movie themes other than the songs for his own films, but he immediately agreed to perform the theme of The Last Tycoon <大上海> upon realizing the film’s stellar script and cast.

Jacky was approached by The Last Tycoon producer, Andrew Lau (劉偉強) to sing the theme a few months ago. After introducing the film’s story to Jacky, and realizing that the star of the film, Chow Yun Fat (周潤發), will be portraying a legendary triad leader once again, Jacky immediately accepted Andrew’s request, even before the song’s composition and lyrics were written.

Jacky expressed that Chow Yun Fat has been his idol for many years. Jacky found Chow Yun Fat’s performances as the gambling king and gun slinger to be the most memorable, and he always wished for a chance to work with Chow Yun Fat in a triad film.

“It is rare to come across an opportunity like this,” said Jacky. “I think I have already indirectly fulfilled my wish. Fat Gor is the big instrument in the screen, while I use my voice to support that instrument behind the scenes. I hope Fat Gor will like my present.”

To grasp the proper emotions of the song, Jacky requested Andrew to provide him with a demo reel of the film. “The Last Tycoon is a very powerful film,” Jacky praised after viewing, “I hope that I will be able to express the turbulent times of the era through my singing.”

Chow Yun Fat expressed his excitement when he heard that Jacky would be performing the movie’s theme. “I want to hear it as soon as possible!” he exclaimed.

“It is wonderful that you guys got Jacky to sing the theme song,” he continued. “I really want to hear it as soon as possible. Originally, I wanted to sneak into the recording studio to hear it, but then I was caught!”

The 57-year-old actor is actually not unfamiliar with the singing industry. In 1988, Chow Yun Fat released his debut album, 12 Minutes and Totally Nasty <十二分十分吋>, which sold over 100,000 copies within a week. The actor won numerous “Best Newcomer” awards that year. His second album, Old Lover <舊情人>, was just as successful.

However, Chow Yun Fat has no means to return to the singing scene again. Chow Yun Fat joked, “When I first met Jacky Cheung, I already knew he would become the God of Songs. I could sense that my circumstances were far from good, so I immediately retired from the music industry to focus on my film career. I was not expecting that Jacky would be competing for the Film King award with me too!”

The God of Songs is back in “The Last Tycoon”!