Aaron Yan Opens Up on Depression After SHINee Member’s Death 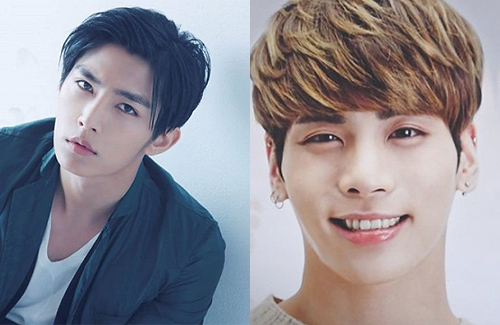 Korean boy band member, Kim Jong-hyun, was recently found unconscious in his rented apartment studio. Despite being rushed to the hospital, he failed to regain consciousness and was pronounced dead on December 18, 2017. The 27-year-old SHINee member reportedly suffered from depression and struggled with his growing fame and popularity. Although an autopsy was not performed per the family’s request, his death was speculated to be caused by inhalation of toxic fumes.

Kim Jong-hyun’s untimely death led to other celebrities opening up about their own depression struggles. Taiwanese actor Aaron Yan (炎亞綸) also stepped forward to share his experiences with the dangerous mood disorder. Debuting at the age of 19, Aaron joined group members Wu Chun (吳尊), Jiro Wang (汪東城), and Calvin Chen (辰亦儒) to form Fahrenheit (飛輪海). The group’s popularity boosted its members to stardom. Despite reaching the height of his career success, Aaron struggled with depression throughout his early 20s.

Cry For Help Was Ignored

In an effort to reach out to those in need, Aaron openly reflected, “In my early 20s, I had endless doubts about myself. During those days, I felt like a zombie and my mind was filled with negative thoughts. I sought help from my most trusted friends, but was immediately stereotyped by terms such as “troubled” or “unable to control my emotions”.

Without much thought placed into it, they immediately referred me to a doctor they’ve worked with. At the time, I was young and thought everyone would have more experiences with this than I did. When I got to the hospital, I realized that I wasn’t seeing a counselor or a psychiatrist. Instead, I was given a question-and-answer type of assessment that had nothing to do with my psychological issues. I was told things like “I know… I understand… I have talked with your seniors about it already… I have a good understanding of what you’re experiencing…” You have to understand that, as a young person just entering adulthood, it takes a lot of courage to open up and talk about my mental troubles. Under these circumstances, my courage to open up immediately disappeared. From the beginning to the end, I was never given an opportunity to state my stance or feelings. The session was hurriedly finished just like that. What was left was an even more confused and lost Aaron Yan.”

Struggling Every Day to Live

He continued, “Because of my personal experiences, I can relate to that feeling of helplessness. Every day, you struggle about whether to live on for another day. Actually, all you need to do is close your eyes and let your body sink into its deepest depths, and it’ll be all over. Fortunately, through my self-will, I was able to conquer this without medication. Along the journey, I am thankful for my friends, family, and other half for dealing with my moody outbreaks and sudden depressions. It really feels like I have climbed out of a dark pit. I am very fortunate in comparison to other people. Maybe my self-will is a little stronger than most people. Or maybe it was pure luck.

“But how many more people are out there struggling through life? Of these people, how many would be as fortunate as me? I am sharing my experiences because I understand that feeling of helplessness. I am more aware of the small details in people’s emotions. They can be small callings for help, waiting for you and I to notice it. A simple eye contact, a greeting, or a small smile might just help them get through the day.”