Back in 2016, Hong Kong’s golden couple Alex Fong (方力申) and Stephy Tang (鄧麗欣) shocked the public when they called it quits after dating for a decade. Since then, the 36-year-old Stephy has moved onto a new relationship with Prince Chiu (邱勝翊), who is six years younger than her, as early as last summer. On the other hand, 39-year-old Alex has already forgotten what it’s like to have a girlfriend, which he revealed in the latest episode of TVB talk show Young and Restless <後生仔傾吓偈>.

Women Are Scared to Date Him

The actor-singer frankly said he hasn’t been searching for a girlfriend, but it’s unlikely he’ll find one in Hong Kong. “All my close friends said it’d be hard to find a girlfriend in Hong Kong because everyone knows who my ex is, so women are afraid to date me. If my girlfriend is in the entertainment industry, a lot of people would talk about her, and if she’s not, it might be too much pressure,” Alex explained.

He continued, “Some people also told me women might automatically think I’m ready for marriage since my previous relationship lasted so long, and they might not be ready for that.”

Co-host Luk Ho Ming (陸浩明) immediately suggested Alex look for 30, 40-year-olds who want to get married, while Crystal Fung (馮盈盈) inquired about Alex’s ideal type. While Alex doesn’t really have a preference, he said those with princess syndrome turn him off. “It doesn’t matter if she’s pretty because personality is very important,” Alex expressed. “Honestly, the industry is filled with good looking people.”

He also shared a gossip that’s been circulating the industry. “It’s never happened to me before, but I’ve heard that on work trips, colleagues knock on your door and ask to shower in your hotel room because they ran out of hot water, and then they would come out naked.”

Too Busy to Date 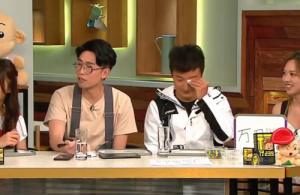 He Saw Stephy and Prince Together

On the show, Alex also said he doesn’t need to stalk Stephy online. “I’m really aware of what’s going on with her because we have mutual friends, and we’re still in the same group chats. So during holidays like the Mid-Autumn Festival, we’ll send our greetings. To support me, she also donated to the swimming event I’m participating in,” he revealed.

However, he hinted that they grew distant. “I commend people who can remain good friends after breaking up, or even becoming good friends with the other person’s new beau, but I’ve never experienced that,” Alex said.

Hearing this, Crystal asked, “What did you feel when the media reported that [Stephy] has a new flame, especially with the constant articles about them?” 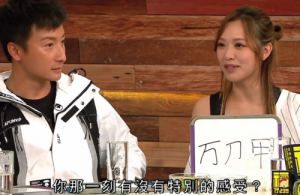 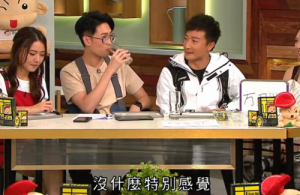